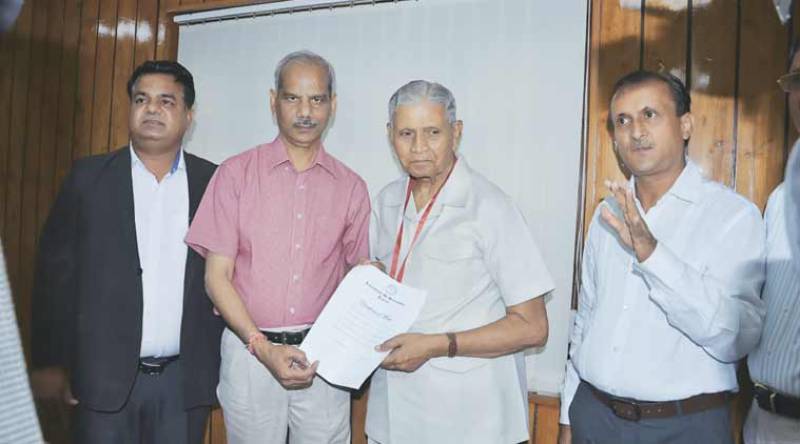 JAIPUR (Web Desk) - An 81-year-old Indian man has finally been awarded a gold medal for topping the law exams that he took nearly 50 years ago.

Ajit Singh Singhvi attended LLB evening classes at Government Dungar College, Bikaner. While he completed the course in 1969, it took 47 years to rectify an error that had denied him a gold medal upon graduation.

Mr Singhvi received his medal on Thursday after a protracted legal battle and delays by the university.

The retired civil servant told BBC Hindi that he was elated after getting his "much-awaited" medal.

"I am happy, but I wish I had received this medal long ago. It would have helped my career in the civil service," he said.

Ajit added that he had decided to file a legal case in 1969 because he believed that "the university's computation method to determine the topper was wrong."

His friend Trilochan Singh said: "Mr Singhvi has set an example for others in fighting for what he believed."