John McAfee, the man behind the antivirus software, found dead in Spanish jail 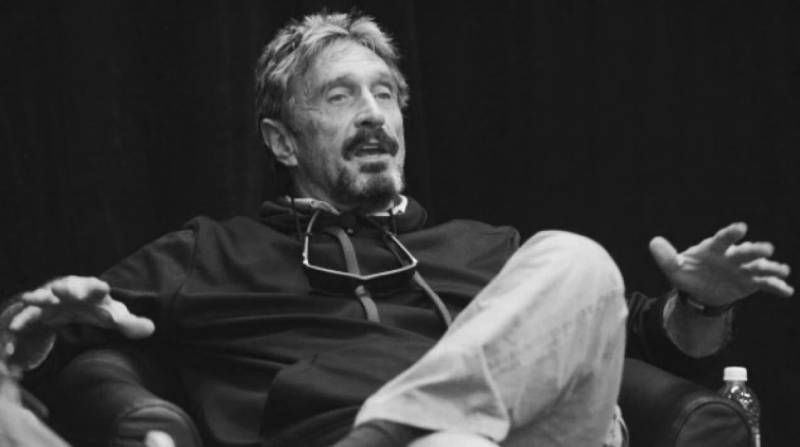 BARCELONA – John McAfee, the man behind the McAfee Antivirus, has been found dead in a Barcelona prison, while officials stated that his death was likely caused by suicide.

Reports in International media quoting the justice department suggest that the 75-year- old American computer programmer died by hanging inside the prison cell.

Officials tried to revive him, but the jail’s medical team finally certified his death, whereas a statement issued by the regional Catalan government said ‘A judicial delegation has arrived to investigate the causes of death,’ it said, adding that ‘everything points to death by suicide.’

The statement didn’t identify the security software pioneer by his name but said the dead man was a 75-year-old US citizen awaiting extradition to his country.

On Monday, Spain’s national court ruled in favor of extraditing Mcafee who argued in a hearing earlier this month that the charges against him were politically motivated and that he would spend the rest of his life in prison if returned to the homeland.

He was held last October at Barcelona international airport and had been in jail since then awaiting the outcome of extradition proceedings. He was held for tax evasion and had also been charged with securities fraud relating to an alleged cryptocurrency pump and dump scheme.

Meanwhile, a Chicago-based legal representative who defended him on many cases said that ‘McAfee will always be remembered as a fighter. He tried to love this country but the US government made his existence impossible.’ He further added that ‘they tried to erase him, but they failed.’

McAfee, during one of his last hearings, expressed his anguish over spending the rest of his life in prison if he were to be convicted in the US.

Soon after the death of the tech pioneer, a tweet of his from 2019 went viral in which he shared a picture of his tattoo and written, ‘Getting subtle messages from US officials saying, in effect: We're coming for you McAfee! We're going to kill yourself”. got a tattoo today just in case. If I suicide myself, I didn’t. I was whacked. Check my right arm.’ 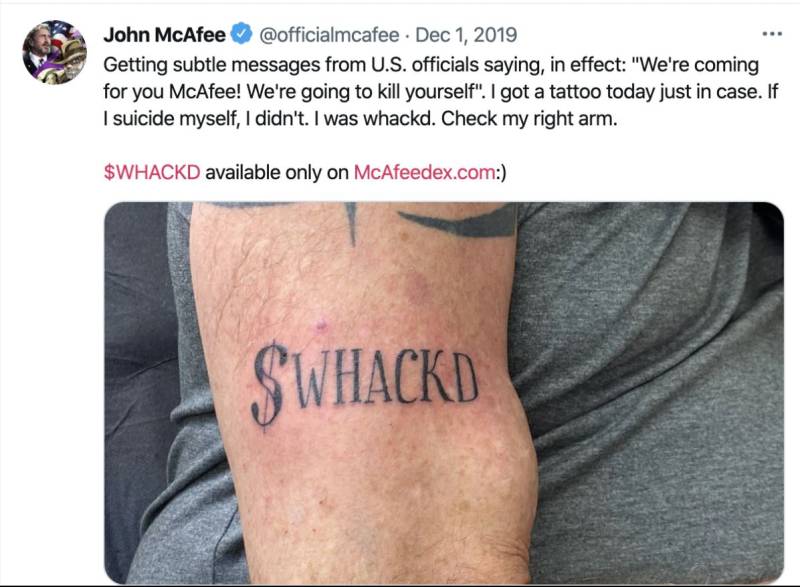 McAfee founded the McAfee associates in 1987 and was a programmer at NASA's Institute for Space Studies in New York City from 1968 to 1970. The software to tackle computer bugs created by him was quite popular in the 1980s and the 1990s.

He later sold McAfee to Intel in 2010. The company later announced that the McAfee products will be sold as Intel security. He thanked Intel for changing the name of his product and said, ‘I am now everlastingly grateful to Intel for freeing me from this terrible association with the worst software on the planet.’

SHARJAH – A Pakistani man was killed after he was stabbed by suspects in his private parts in Sharjah, UAE, ...