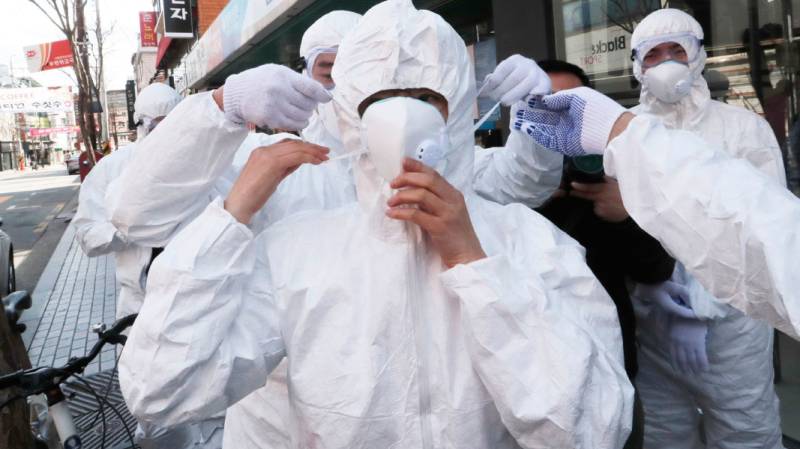 The coronavirus, COVID-19 has taken the world by surprise. This virus has brought the entire world to its knees, all because people wanted to eat bat soup. The bats transferred the virus to humans who then transmitted to other humans. The coronavirus is much like the common flu. It spreads very quickly and easily. Even the symptoms are alike, including fever and coughing. The only reason that the coronavirus is more fatal, is that it can cause pneumonia. Other symptoms may include fatigue, joint pain and difficulty in breathing.

However, it is not as dangerous as some might think. It has a fatality rate of just 1~2% (China CDC weekly). It is most fatal to the elderly and to those who already have health issues like lung cancer, etc. Many avid smokers might also be affected by the virus. But, most of the patients have either recovered or are recovering. The virus has seen 318,798 patients 209,116 of which are active. The virus has claimed 13,674 lives and has spared 96,006 people. There are 734 recorded cases in Pakistan 3 of whom have passed away and 13 have recovered. The situation is getting worse by the minute.

China has made huge efforts against the virus and has had a decline in the number of active cases. Now it is a global pandemic. In the United States many necessities are in short supply as people are buying more in bulk. Italy is in a state of total lockdown with a strict curfew imposed. The Philippines has also imposed a 24-hour curfew and is providing necessities to people in their homes. The government of Pakistan has only recently started taking this issue seriously and has closed schools and banned public gatherings. Pakistan was not even able to safely quarantine people coming from other countries. They were all kept in one large room. Even if one of the travelers had the virus all the quarantined people could contract it. Which could have led to a higher number of cases and possibly even a higher death count.

Along with the human aspect of the virus, we also need to consider the economic effects of the virus. With this global lockdown, world economies are beginning to crumble. Italy and the Philippines are struggling to provide their population with the essentials that they need. A lot of the world trade has stopped and almost all the world economies are in a declining position. Pakistan is especially devastated by this diminishing world economy as it does not have sufficient reserves to feed its people. Due to a lack of jobs many of the daily wagers don’t have enough resources to fill their own stomachs let alone their dependents. Prime Minister Imran Khan said during a media briefing on Wednesday 20th March that, “Lockdown means curfew-like situation, which will create unrest in the country, and we cannot afford that. It would make poor people more vulnerable.” Merely one day after the Prime Ministers statement the government of Sindh announced a total lockdown across Sindh. The government of Punjab soon proceeded to announce its lockdown till the 24th of March. Soon after the government of Khyber Pakhtunkhwa revealed that there will be lockdown from 9 am on the 22nd March till the 24th of March. The government of Balochistan and Gilgit Baltistan closed malls, markets, etc. The government of Azad Kashmir closed all inter-state transport.

This is one of the greatest recessions of the 21st century and may very well take several years to fully recover. The United States has passed an emergency bill which gives the government $8.3 billion to spend on healthcare institutions. A further $750 billion package has been proposed to be divided among small businesses and workers.

In the year 1720 the great plague of Marseille killed 100,000 people. In the year 1820 the cholera outbreak killed another 100,000 people. In 1920 the Spanish flu killed 100 million people. And in 2020 we have the coronavirus which has killed 13,000 people within its first three months. Is there a pattern? Is something or someone doing this on purpose? Only time can tell. What we do know is that modern technologies and medical practices have made these diseases much less fatal.

As major cities are locked down the country becomes more dependent on technology it is slowly shifting online. Many educational establishments have already shifted online. Online learning may not have the same level of interaction as physical learning can have, so as a result, many students might lose their attention in their studies. This shift has proven to be very difficult for analog Pakistan. It is especially difficult for teachers and professors who have never even created a PowerPoint presentation. Many schools, particularly public schools don’t even have the funding and IT expertise to make the shift to online teaching. Hence, private school students whose parents have lots of money to spend are at an unfair advantage in comparison to public school students. The government has also postponed all examinations till June 1st which can mean that the students' progress is not assessed properly and an entire academic year could go to waste as academic assessment institutions like Cambridge have decided to hold examinations in their October/November sessions instead.

Due to the countrywide lockdowns, many people will have to work online. Large companies are trying to transition online for the safety of their employees. Small businesses are not able to make the transition as it simply costs too much for them. The online shift is impossible for those who work in the primary and secondary sector. These people most likely can’t even afford to stay at home. They include physical laborers, miners and factory workers. The online shift is in a way a good thing. It will fast track Pakistan out of the analog era into the internet age.

To stay protected from the virus social distancing is necessary. We must also wash and sanitize our hands every now and then. We should also avoid touching our faces. If you feel ill, you must self-quarantine yourself and call the coronavirus helpline 1166 and take the steps recommended by the helpline. Do not go out of your home needlessly, and if you must go out of your home you must wear a mask and gloves. You should also consult the World Health Organization (WHO) website for more information. Prime Minister Khan said: “This virus will spread. Please keep this in your mind, that we have to try our best”.

Many Pakistanis read fake remedies for the coronavirus on social media, for instance, some people are led to believe that the virus can be dealt with just by eating an onion and eating properly cooked food. Many people don’t report their illness or get it tested shrugging it off as a flu. What is worse is that literate people are acting as illiterate and believe such nonsense instead of spreading awareness. It is also disappointing that people are bribing officials not to get tested and to leave quarantine facilities illegally. It is also shameful that the officials are compromising on such an important issue just for 5 or 6 thousand rupees.

Many of Pakistan’s medical professionals don’t even know what the coronavirus is, let alone know how to treat it. All medical officials should be given training on the subject. The Government should give incentives for the manufacturing of coronavirus tests and protective equipment for healthcare workers in Pakistan. Pakistan should supply people with food rations in their homes during these lockdowns. Banquet halls and expo centers should be turned into temporary hospitals and quarantine facilities, like what the Sindh government did with the Karachi Expo center turning it into a 1000 bed hospital. The government should also allocate emergency funds like the US to equip medical facilities with the needed instruments. The government should also have stricter regulations against bribery and hoarding.

Pakistan starts vaccinating children aged 5 and above against Covid-19