Is Queen Elizabeth from the lineage of the Spanish-Muslim descendants of the Holy Prophet (PBUH)? 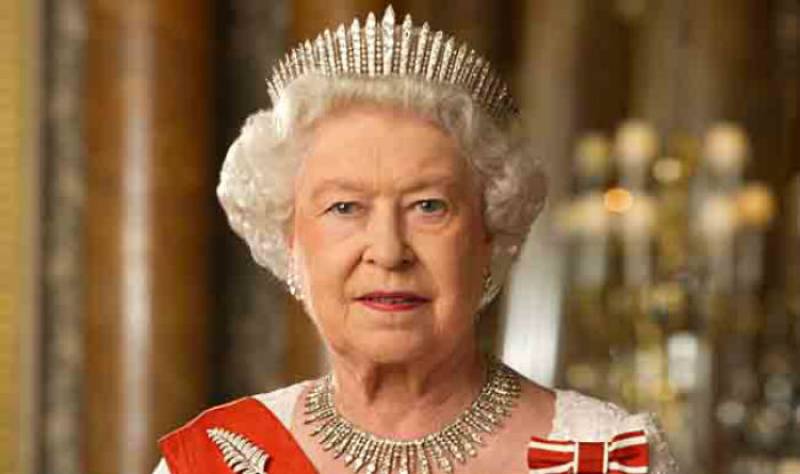 LONDON (Web Desk) - Queen Elizabeth-II of United Kingdom, the world's oldest living monarch who marked her 90th birthday last month, has had a number of myths spring around her in the past.

Most astounding among these myths is the claim that she is from the lineage of the Prophet Muhammad (PBUH), from his 43rd generation, via her Spanish-Muslim ancestry.

It is claimed by some historians that Queen Elizabeth belongs to the family of Abu al-Qasim Muhammad ibn Abbad, a descendant of Muhammad (PBUH) through his daughter Fatima (RA) and grandson Hasan ibn Ali (RA).

Al-Qasim was originally a judge appointed by the Caliph of Cordoba but he seized power and formed his own dynasty, the Abbadids. He became the ruler of Seville in al-Andalus in 1023.

Six decades later, in 1091, the Almoravids of Morocco attacked the Abbadid kingdom, then being ruled by al-Qasim's grandson Al-Mu'tamid ibn Abbad. Ibn Abbad was defeated and dethroned.

Related: What will happen to thousands of Muslim “converts” if Europe deports them?

In the meanwhile, his daughter named Zaida fled north and took refuge at the court of King Alfonso VI of Leon. In the years to come, she adopting the name Isabella after her baptism. The king married her after the death of his first wife and fathered three children with her.

Two centuries later, in 1352, a descendant of Zaida and King Alfonso, Maria de Padilla, had children with King Peter of Castille, who was publicly known as 'the Cruel.' The king fathered four children with her, two of whom married sons of King Edward III of England.

Here's the ancestry of Queen Elizabeth in full:

Elizabeth II, Queen of the UK - daughter of

George VI, King of the UK - son of

Edward VII, King of the UK - son of

Victoria, Queen of the UK - daughter of

Edward, Duke of Kent and Strathearn - son of

Frederick, Prince of Wales - son of

George I, King of Great Britain - son of

Sophia, Electress of Hanover - daughter of

Elizabeth of Bohemia - daughter of

Mary, Queen of Scots - daughter of

Elizabeth of York - daughter of

Richard of Conisburgh, Earl of Cambridge - son of

Isabella Perez of Castille - daughter of

Zaida (aka Isabella) - daughter of

There are 5 other lines that are claimed by the historians. One of the top genealogical researchers and publishers of the world, Burke’s Peerage, endorses the claim above. It is a fact that many devout Muslims were forcibly converted to Christianity after the loss of Spain from Muslim hands. Many were also murdered, among these there were many who were from the lineage of the Holy Prophet (PBUH). We may never know for sure, but it is claimed by many historians that Queen Elizabeth is from the line of one of the Spanish Muslim Sayyeds.