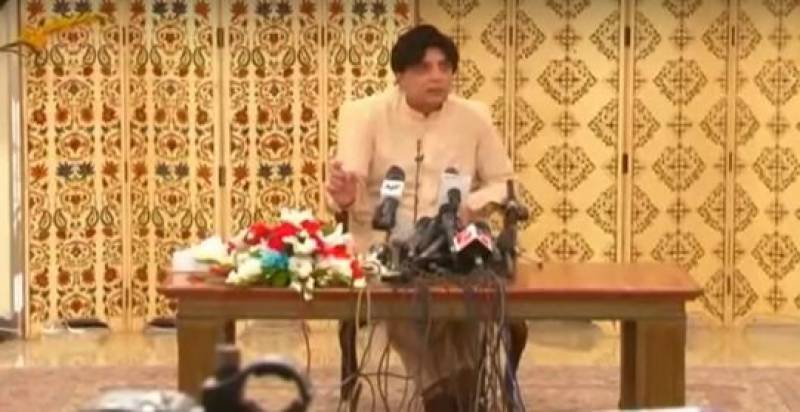 ISLAMABAD (Web Desk) - A meeting of the National Security Council will be held during the next few days to take stock of the situation arising out of US drone strike in Balochistan, said Minister for Interior Chaudhry Nisar Ali Khan while talking to reporters in Islamabad on Tuesday.

He said the meeting would be held on return of the Prime Minister from abroad, and, after consultating with all stakeholders, a clear cut point of view would be placed before the nation and the world.

The Interior Minister said irrespective of who was killed in the attack, Pakistan strongly condemns the drone strike, which constituted violations of Pakistan's sovereignty, UN Charter and international law. He said the justification being offered by the United States is totally unacceptable.

The Murree dialogue was also ruined by the news of Mullah Omer's death, and now that we were seeing some hope this incident occurred “sabotaging the dialogue process”, the minister maintained.

Chaudhry Nisar Ali Khan said DNA tests have been taken and their result would determine whether or not the man killed in the drone attack was Mullah Mansour.

He said today relatives of the persons killed in the attack had approached the government to have the bodies handed over to them.

The Minister said in the absence of any evidence, the Government of Pakistan could not confirm whether Mullah Mansour was killed in the US drone strike.

“Our law enforcement and intelligence agencies are still investigating the incident, but so far they have not been able to confirm the identity,” he said while addressing a press conference in the federal capital.

He said seven hours after the attack the United States formally informed Pakistan that Mullah Mansour was targeted in the drone strike and killed.