Book Review: The Spy Chronicles: RAW, ISI And The Illusion of Peace 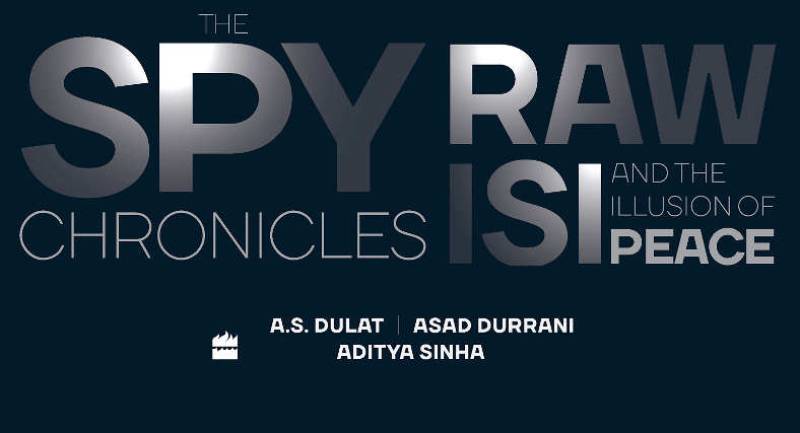 The two former D's of the spy agencies of the countries that are not unfamiliar with animosity that exists between Pakistan and India have come together off the field and into the land of tale telling. In a much anticipated book within the intelligence community and perhaps even beyond, is a firsthand account of the operations, events and mostly opinions regarding the two countries by their former Chiefs of intelligence.

The Spy Chronicles: RAW, ISI And The Illusion of Peace, is a written manifestation of many encounters that often occur between officials (serving or retired) on dialogue based platforms such as Track II.

The book encapsulates the general human aspect by offering a rare glance into the comfortable conversation that takes place in the book between Durrani and Dulat. The former heads of spying agencies recall their times and events that unfolded in their respective countries. From Kargil to Kashmir, Lahore, Uri and Mumbai to Soviets and the US and Bin Laden, to the harsh terrain of Afghanistan to the ambitious China and back- the two share extensive information on what was or could be true.

Their opinions hold each side guilty of not resolving the issues and while much is to be taken with a grain of salt, Durrani and Dulat shed light on the bitter sweet relationship of Pakistan and India.

The book, however, still remains a personal accounts of their times. Without getting into a complete disclosure of events, the two leave many question marks and hypothesis for readers to reflect upon while drawing some similar points between the workings of ISI and RAW. The cases of Khulbhashan and Hafiz Saeed are discussed in a tit for tat manner.

Durrani however, appears to be more critical of the agency he once headed while also being critical of Pakistan's former President Musharraf, while Dulat in a later chapters beats the familiar drum of the Indian approach towards Pakistan and it sponsoring terrorism. Dulat reflects on times of Vajpayee and his attempts to move ahead with Pakistan despite the political and military situation on both ends.

While discussing Afghanistan, Dulat admits to Bollywood's soft power capability. As for the involvement of India and Pakistan in Afghanistan, there seems to be an understanding of doing what needs to be done. Different political and military doctrines of both countries is a subject also opined on in the book.

The closing chapters offer the strategies suggested by Durrani and Dulat to overcome the hostility between Pakistan and India. Dulat advocates for confidence building while Durrani opts for durable structures for a long term breakthrough - from people to people interaction to the frequent use of back-door channels. The conclusion both agree on is expected. There should be no more war and the "madness" needs to end.

Call it whistle blowing or capitalizing on information "for the eyes only" or "confidential", the book is a rare piece, almost fictional and a bait for many. How well it may or may not be received by the present intelligence chiefs remains a question mark, but will the response remain buried in the files or backfire will be a sequel in the making. But the fact remains, outside the conference halls of dialogues, reality is running the show.