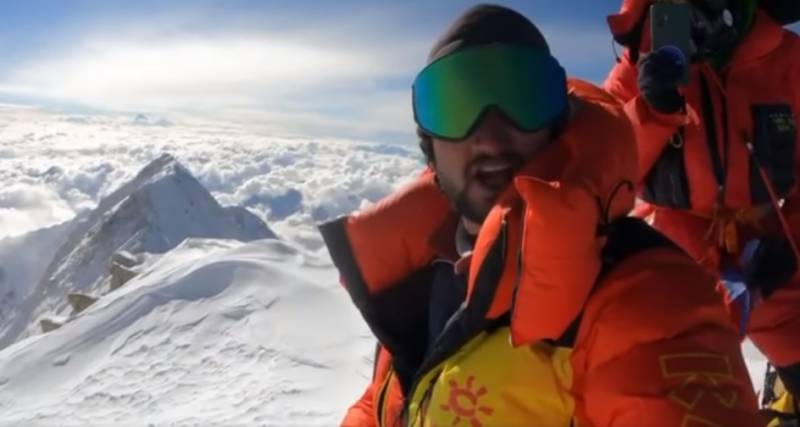 ISLAMABAD – Pakistan's young mountaineer Shehroze Kashif earlier this month added another feather to his cap, as he became the youngest mountaineer to reach the summit of the 8,586-meter Kangchenjunga peak.

With his successful expedition, he also became the first Pakistani to scale the world’s third-highest peak, which is situated in the eastern Himalayas, Nepal.

“This video is dedicated to Shuhadas of Pakistan Army. Pakistan zindabad,” he can be heard as saying in the video.

Kashif who is known as ‘The Broad Boy’ becomes the youngest mountaineer to summit the top peaks including Everest 8849m, K2 8611m, Kanchenjunga 8586m, and Lhotse 8,615m.

LAHORE – Pakistani climber Shehroze Kashif continues to add his name to the record books as he successfully ...