NHA chairman fined for over speeding on motorway, what he did next will make you really angry at our system 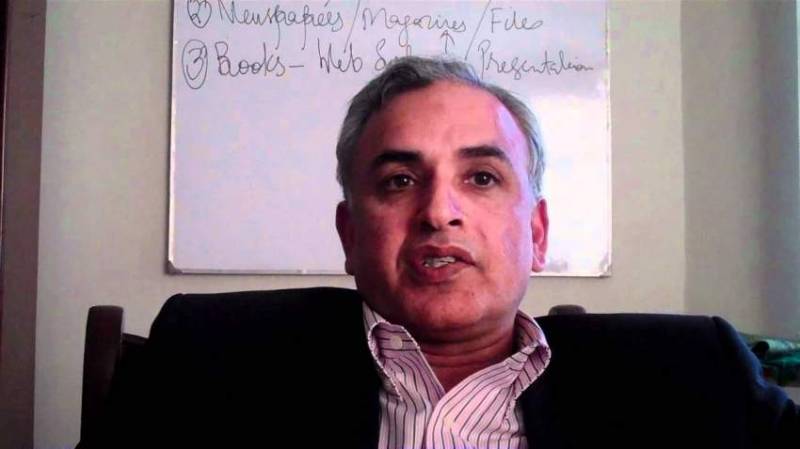 ISLAMABAD - A number of Patrolling officers in the federal capital are bearing the brunt of flagging a Black Prado (GW 971) carrying Shahid Ashraf Tarar, Chairman NHA, who was on his way to Takht Bhai, on April 29 this year.

The chairman NHA was fined twice within 25 minutes on the same day, for overspeeding on the Motorway. The chairman, after arguments, paid the fine, conveyed his complaint to the IG Motorway and left.

However, the patrolling officers who penalised him for this violation are being victimised for the last seven months. They were immediately transferred from Swabi in Khyber-Pakhtunkhwa to Gwadar in Balochistan.

According to the News, as the Federal Services rescued them by setting aside the transfer order, Motorway Police Department has moved the Supreme Court against the FST decision for teaching them a lesson.

Zia Ullah, a patrolling officer who in past had received commendation award from the prime minister, is one of the officers who is bearing the brunt of being sincere to their duties.

Zia, who was recommended for a departmental award of a handsome cash prize in recognition of his outstanding performance, was denied the award after the episode took place.

"The vehicle didn’t stop when a patrolling officer asked for it near Burhan Interchange. A wireless message alerted the staff patrolling near Ghazi Interchange who imposed fine of Rs1250 for two violations: over-speeding and not stopping near Burhan," the News reported.

Ziaullah, the patrolling officer who issued the first ticket, later submitted in his daily report to the department where important incidents during duty are recorded: Chairman NHA was very rude, rather, used insulting remarks when fined. “He told us: I will see you. You’re not doing a favour to yourself. It will have serious consequences.” He further said: “You have grown shave. I contested his claim. Then he asked me to see your face in the mirror,” Zia further reported to the department.

But Instead of looking into the complaint, the department on the same day summoned Ziaullah and his accompanying officer Zulfiqar Ali for an explanation with the officers who did second challan: Amjad Ali and Wajida Begum.

All the three male officers were immediately transferred to Gwadar for offending the Chairman NHA. Two of them: Ziaullah and Zulfiqar Ali, challenged this order before Federal Services Tribunal. In the petition submitted, Zia explained that he had in past fined KP Speaker Asad Qaisar, Senator Taj Muhammad Afridi and Provincial Minister Mushtaq Ghani but the consequence off fining the NHA chairman was a unique experience for him, the News revealed.

“While submitting reply to the explanations, it has also been alleged by the appellants that violation of traffic rules was made by a senior officer (a reference to NHA chairman), who was sitting in the official vehicle which resulted in the transfer orders of the appellants. On the face of it, mala fide on the part of the respondents (Motorway Police Department) is visible,” the FST noted.

After the FST verdict, the department instead of reverting the penalized officers to previous position, transferred Ziaullah to Lahore and Zulfiqar Ahmed to Faisalabad whereas Amjad Ali who didn’t contest transfer order was repatriated after two months. Meanwhile, Motorway Police have challenged the FST order before the Supreme Court of Pakistan.