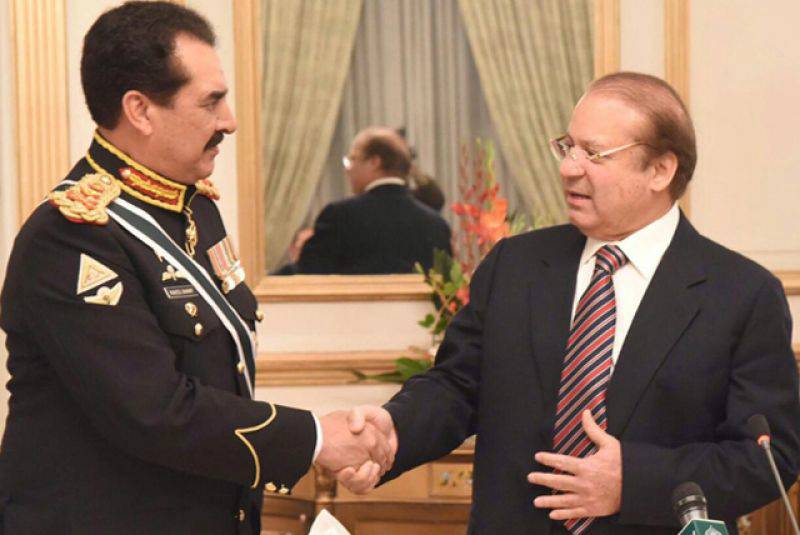 ISLAMABAD - Chief of army staff General Raheel Sharif, who is making farewell visits to different cantonments and installations, has arrived in PM house in Islamabad along with the future army chief to attend the farewell dinner, hosted by prime minister Nawaz Sharif.

The PM held a one-on-one meeting with General Sharif to discuss the appointment of the new leader of the military, who is said to be present in the same meeting.

Paying tribute to the Chief, the premier lauded the Zarb-e-Azb operation and said the entire world acknowledged the achievements of the mission, adding the general proved himself to be a great fighter and military leader through relentless hard work and efforts.

PM Nawaz further thanked the COAS for being a good strategic and military advisor to the former, and said he was appointed for his extraordinary skills.

Responding to PM's tribute, the army chief expressed his gratitude for the latter, saying he is very thankful for the support and acknowledgment. 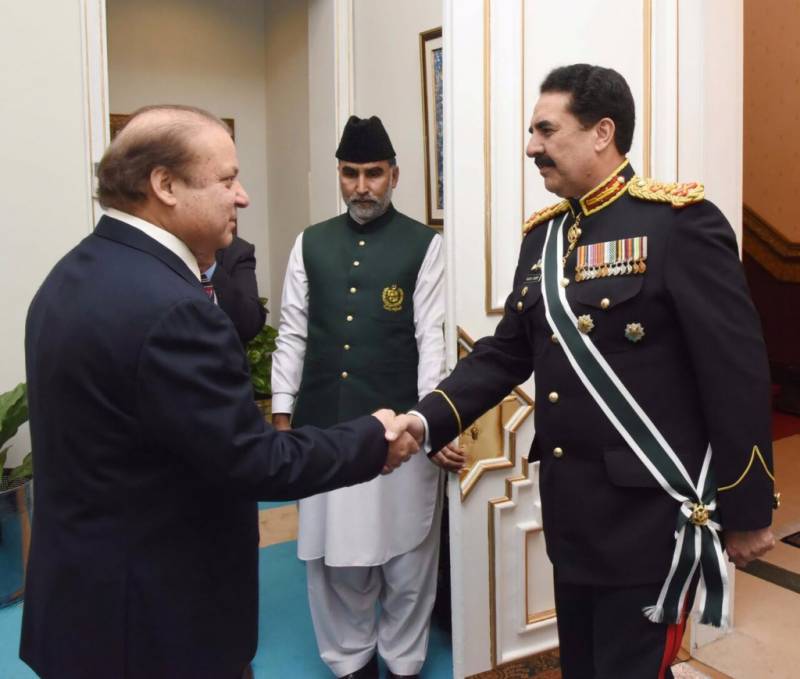 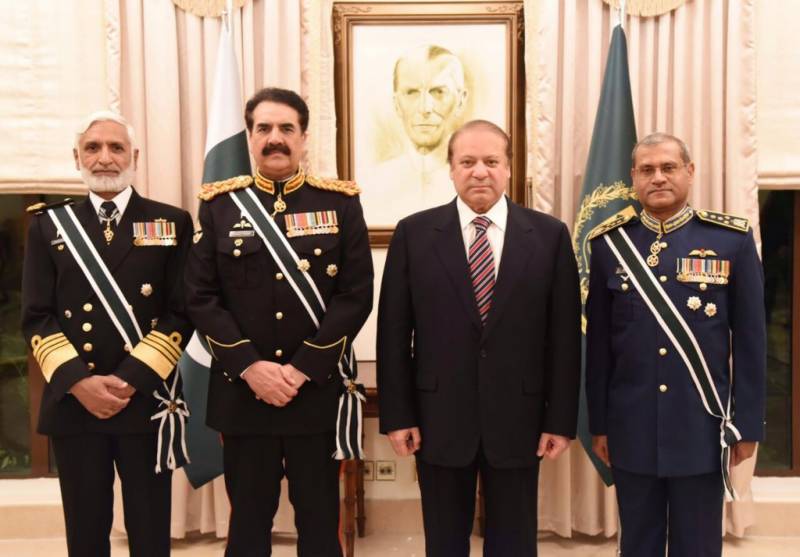 According to Geo News, the defence ministry has sent a summary for the appointment of new military leadership to the premier.

The summary requested the PM to appoint a new COAS and Joint Chief of Staff Committee Gen Rashid Mahmood, as both of them are to retire on Nov 29.

Earlier today, Genera Raheel Sharif visited FATA and Peshawar, where he addressed the officers and soldiers from army and the Frontier Corps.

He commended them for successfully unhinging terrorists from their sanctuaries in FATA and destroying their infrastructure.