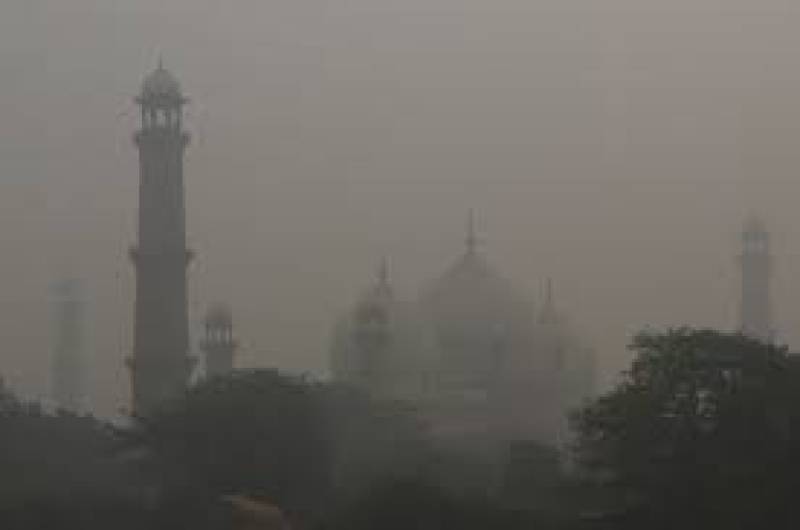 LAHORE - The thick layers of smog has covered Lahore once again as the AQI has hit 470 on Wednesday morning and will remain the same this week.

The citizens in the provincial capital have been forced to take precautionary measures after the city’s AQI has witnessed a sudden rise of 177 points within 24 hours.

The reason behind the smog was caused by the smoke and other pollutants from Indian Punjab’s burning crops.

As per Lahore US consulate Air Quality Monitor feed, the level of smog was hazardous and at 10 am, Lahore’s AQI was PM2.5 - 548. 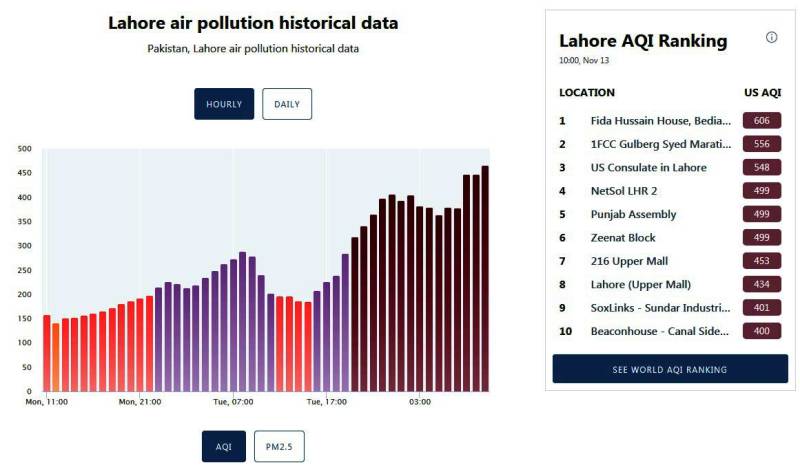 It is pertinent to mention here that if the rank of air quality index increases to 150, it is considered unhealthy, whereas if the index with 200 or above refers to very unhealthy environment.

Doctors and health experts have advised people, especially children and the elderly, to remain indoors and take more liquids during the ongoing smog.