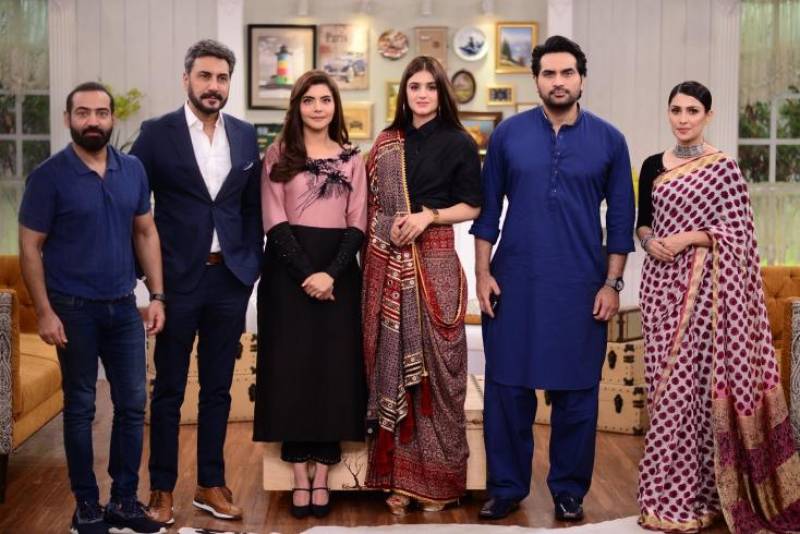 Within a few days, Meray Pass Tum Ho has reached incredible success and become an audience favourite in a very short period of time. After its latest episode, the audience has excitedly waited to see superstar Hira Mani's role in the storyline, and how things will be changing after her addition to the TV serial.

GOOD NEWS! for Hira Mani's fans as the wait is finally over. As recently, In a BTS video, Hira Mani is seen sharing details about her character Hania, who will be introduced in the next episode.

Talking about her character, Hira spoke of how Hania’s personality is deeply rooted in morals and principles, which she strongly abides by. With an equal measure of strength and compassion, the character resonated with her personally mentioned Hira.

She was excited that her fans would get to see Hania on screen soon, saying that it was a beautifully written role.