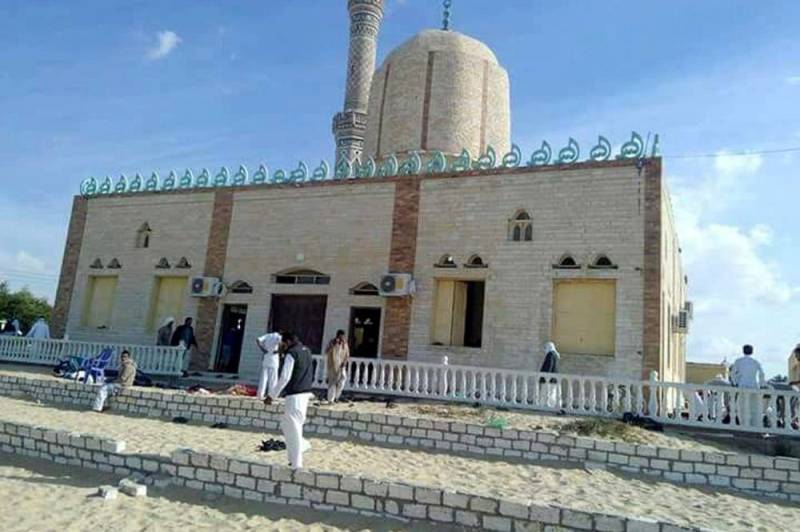 CAIRO - Egyptian state TV has confirmed 235 people have been killed in a coordinated bomb and gun attack in northern Sinai. Some 130 others were injured.

The explosion took place in the vicinity of a mosque during Friday prayer and was accompanied by an armed attack carried out by suspected militants, according to media reports, citing eyewitnesses and security sources.

State media showed images of bloodied victims and bodies covered in blankets inside the Al Rawdah mosque in Bir al-Abed, west of the city of El Arish. Those fleeing the mosque were then reportedly attacked by gunmen.

Witnesses said the explosive device was detonated next to the Al-Rawdah mosque in the centre of the town of Bir al-Abd, according to Egyptian newspaper Al-Masry Al-Youm. Those fleeing the mosque were then reportedly attacked by gunmen.

Eyewitnesses reported ambulances transporting injured people to nearby hospitals. Local media is reporting that the ambulances also came under attack by the gunmen.

The office of Egyptian President Abdelfattah El-Sisi has declared three days of mourning, according to Shorouk News.

The sparsely-populated Sinai peninsula has been the scene of numerous clashes between government forces and armed movements. President El-Sisi described it as a "nesting ground for terrorism” following a suicide bombing that killed 31 soldiers in 2014.

In October, 24 Islamic State (IS, formerly ISIS/ISIL) militants and six Egyptian soldiers were killed in a series of coordinated attacks on checkpoints.