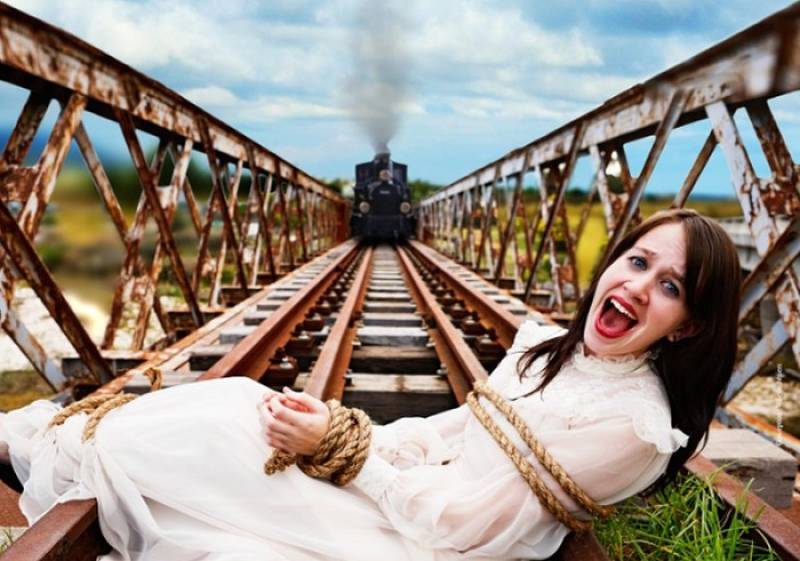 LAHORE - Women remain to be treated as objects in the most progressive parts of the world, and France seems to be no different. French courts have approved an ad that is deemed offensive by many.

The southern town of Beziers had put an ad, showing a woman tied to train tracks, to celebrate the arrival of high-speed TGV trains.

As the caption read “with the TGV, she would have suffered less“, many people saw this ad as an insult to the memory of a woman who was recently murdered on the TGV tracks.

Emilie Hallouin was allegedly tied to the TGV tracks by her husband and was run over by the train in northern France. 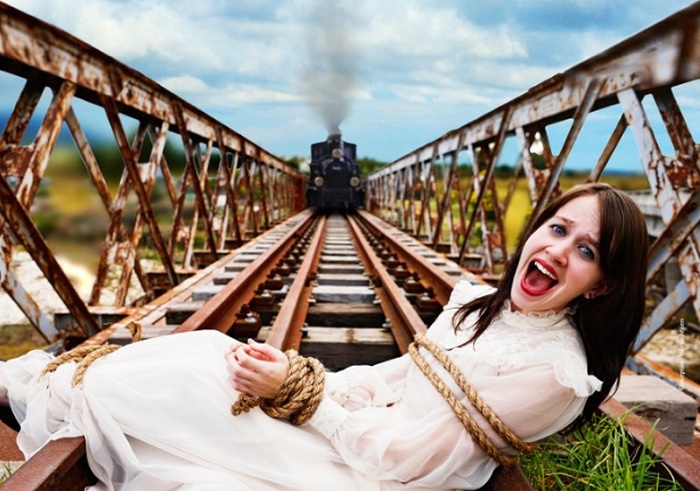 One thing we fail to understand, how can inflicting pain on one person be a good advertisement plan? If anything, it shows lack of planning and lack of creativity.

Bizarre! is the world moving towards a dystopian future ? marketing at its low https://t.co/JOCGTSoL7d

The posters are for the arrival of high-speed TGV trains with the caption: "With the TGV, she would have suffered less."

They were launched after Emilie Hallouin died from being tied to TGV tracks by her husband & was hit by a train https://t.co/ebqhj6mx8f

The French courts intervened, and have, shockingly, allowed the ad to continue.

"Should we ban thousands of examples of ‘feminicide’ in cinema, cartoons and music clips?” and shared images of other instances where such images were used in popular culture."