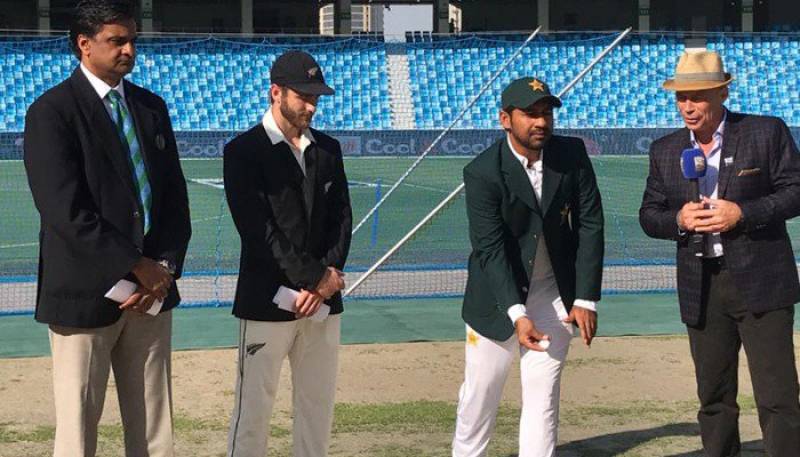 DUBAI - Azhar Ali made a superb 81 to help the hosts to 207-4 after winning the toss against New Zealand in Dubai on Saturday.

At the crease, Haris Sohail was unbeaten on 81 while Babar Azam was the other batsman on 14. Medium pacer Colin de Grandhomme was the pick of NZ bowlers with 2-31.

Both Imam-ul-Haq and Mohammad Hafeez scored nine runs each before being caught in the slips by Tom Latham after Pakistan won the toss and elected to bat.

Both the teams have made no changes and fielded the same squads of the first Test. New Zealand lead the series 1-0.

Sarfraz Ahmed, while talking to media,  said, Pakistan have left that defeat behind but recognise the shortcomings of their batting.

"What mistakes we committed we have left them in Abu Dhabi," he said on Friday.

"If you analyse our last eight Tests or so, our batsmen get out without playing long innings so we have spoken to them about that."

The third and final Test will be played in Abu Dhabi from December 3.