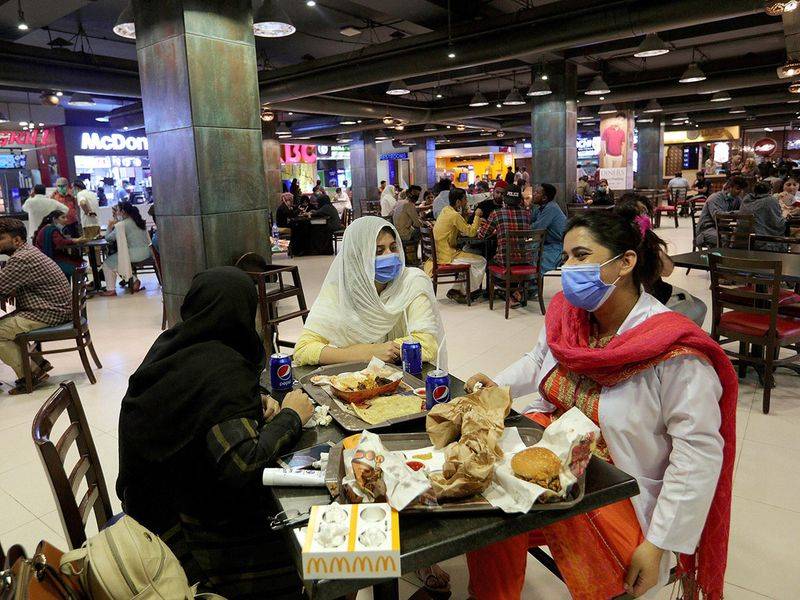 Briefing the media about decisions taken by the National Coordination Committee, with Prime Minister Imran Khan in the chair, Asad said this ban will not be valid for food stalls operating in open spaces.

The NCC has also validated decisions taken by the National Command and Operation Centre regarding closure of schools, the minister added.

The government also imposed ban on holding public gatherings, keeping in view the increasing intensity and severity of second wave of the pandemic.

The minister appealed the political leadership of the country to avoid organising public rallies to prevent spread of the contagion.

At present, around 1,750 people are on oxygen and in a critical condition.

Speaking on the occasion, Prime Minister's Special Assistant on National Health Dr Faisal Sultan said 2,900 new cases have been reported during the last 24 hours, while 212 affected patients have admitted to hospitals, while mortality rate has increased to 7.2 percent.