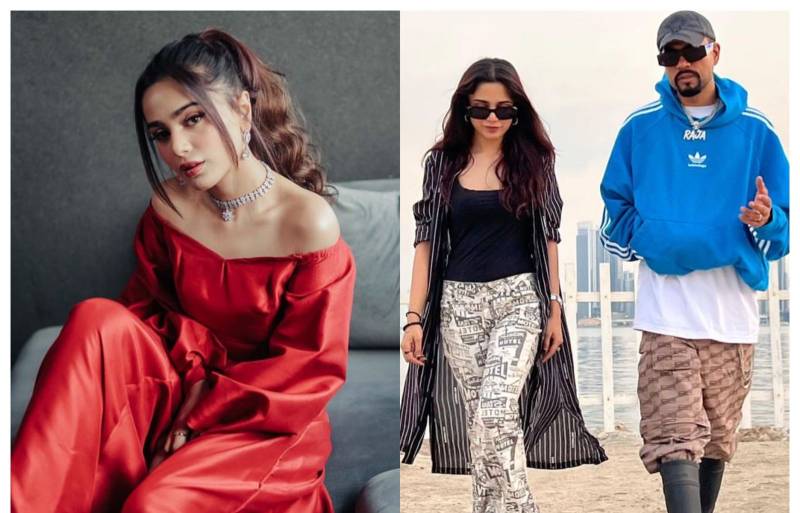 Bonafide popstar Aima Baig and rapper Bohemia are dropping hints that they are collaborating on a new song.

Their new Instagram posts suggest their collaboration alongside photos of them together in Bahrain, which instantly went viral online.

In the pictures, the Kaif o Suroor singer and Bohemia are strolling while engrossed in a conversation with each other. They also captioned their posts with praises.

Although the rumours of collaboration haven't been confirmed by either party, majority of their followers seem to think that is the case.

Roger David, popularly known by his stage name Bohemia is a Pakistani-American rapper, songwriter and record producer. He is known for his fiery Punjabi rap music and has won several awards that prove his talent.

On the other hand, Baig has also made noteworthy contributions to the music industry with songs such as Baazi, Befikriyan, Item Number, Chan Way, Sajna Door, Be Adab Be Mulahiza and many more.