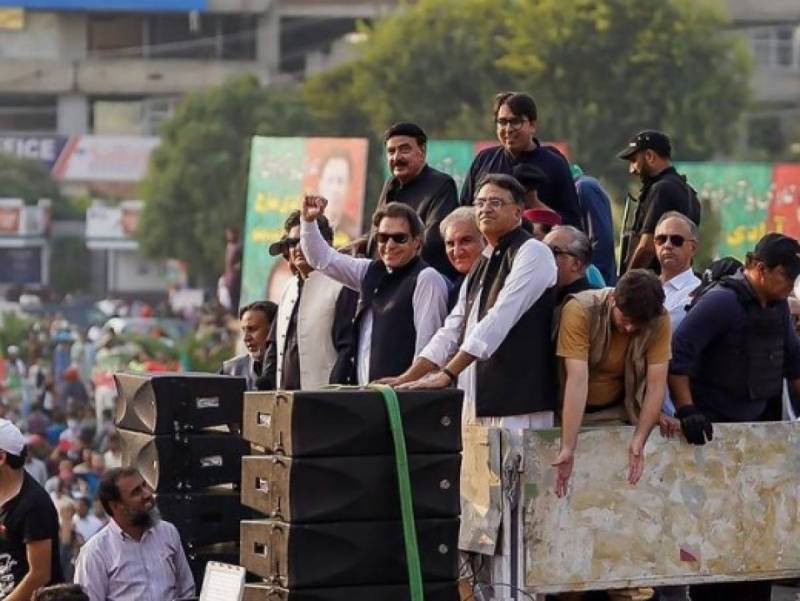 ISLAMABAD – The administration in the capital city has granted conditional permission to the Pakistan Tehreek-e-Insaf (PTI) to hold a rally at the Parade Ground on November 26.

In a notification, the city administration said there was a ban on rallies and public gatherings in Islamabad therefore the PTI would have to follow specific routes because Parade Ground was a sensitive place.

It said that convoys coming from Khyber Pakhtunkhwa will use GT Road, Peshawar Road and IJP Road while rallies from Murree and Azad Kashmir will divert to the Airport Road from Koral Interchange on the motorway.

Similarly, convoys coming from Punjab will go to Koral via T-Chowk Rawat in order to enter Rawalpindi.

Rallies have been allowed to use the route for one day, the notification said, adding that the administration could withdraw the permission in case of any mishap.

Furthermore, the government has refused to allow Imran Khan’s helicopter to land in the Parade Ground.

In video statement on Thursday, Khan urged the masses to reach Rawalpindi for his “Haqeeqi Azadi march” on November 26.

"Real freedom can be achieved only by ensuring justice in the society," he said, adding that the national will continue its struggle until it achieves real freedom.

Khan, who is recovering from bullet wounds he sustained in a gun attack on his rally in the Punjab town of Wazirabad, said: “I am coming to Rawalpindi in this condition for you and you will have to come for me”.

LAHORE – PTI Chairman Imran Khan has been allowed to travel as he is set to resume long march against the ...