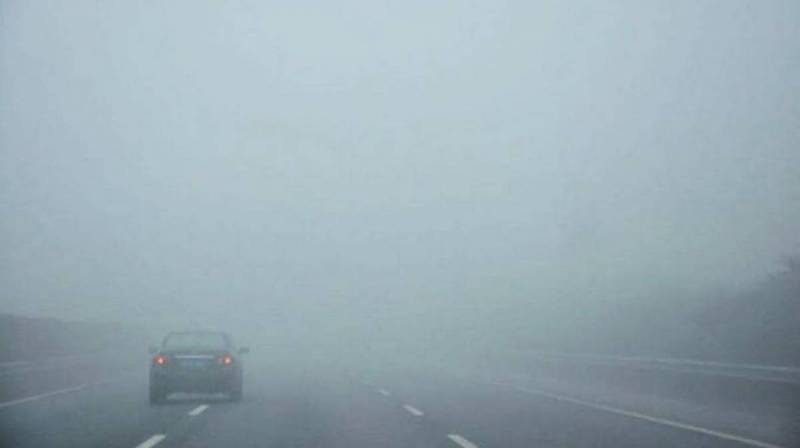 LAHORE – On Thursday morning, fog has engulfed several parts of the region bringing in more chill to the weather while disturbing traffic on highways and shutting down motorways.

In a recent update, motorway police spokesperson said Lahore-Sialkot Motorway has been closed from Daska to Sambrial.

National Highways & Motorway Police spokesperson advised motorists to use fog lights at the front and rear of their vehicles and further directed citizens to avoid unnecessary travel.

The spokesperson instructed drivers to avoid speeding and keep a proper distance from other vehicles as fog returns. The road users should approach NHMP helpline 130 for information and assistance and further information can also be obtained from Humsafar App.

Letely, the National Highways & Motorway Police reduced the speed limit on certain sections of different motorways as the fog starts appearing ahead of winter, prompting police to limit speed across the country.

The National Highways & Motorway Police has reduced the speed limit on certain sections of different motorways as ...

The speed limit was lowered to 100 kilometers an hour on the M2 motorway, from Thokar Niaz Baig to Ravi Toll Plaza section of the Lahore-Islamabad Motorway for Light transport vehicles and 80 KPH for Heavy/Commercial transport vehicles.