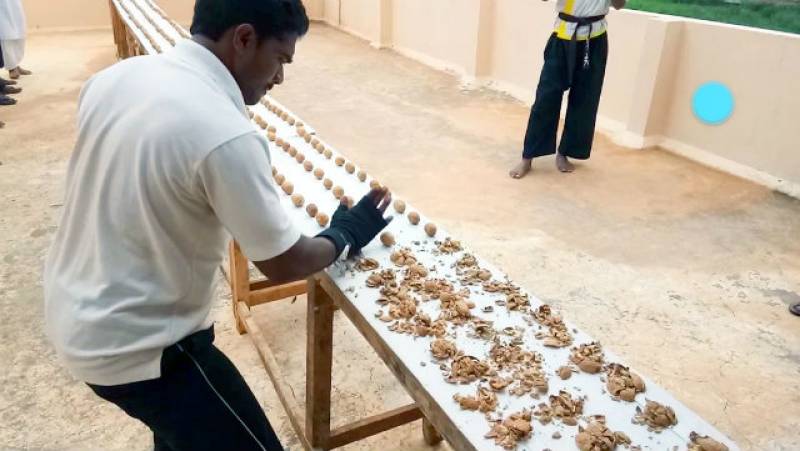 NEW DELHI - A martial arts master from India has literally smashed a world record having achieved a title for the ‘most walnuts crushed by hand in one minute’.

The 60-second attempt began when Prabhakar Reddy P smashed the first of walnuts placed along a long table in Andhra Pradesh, India. He then went on to crush an incredible 212 walnuts, that’s more than three a second!

Although challengers for this title are permitted to wear a fabric glove on their crushing hand, this attempt is likely to be quite painful even for the most experienced of martial artists. 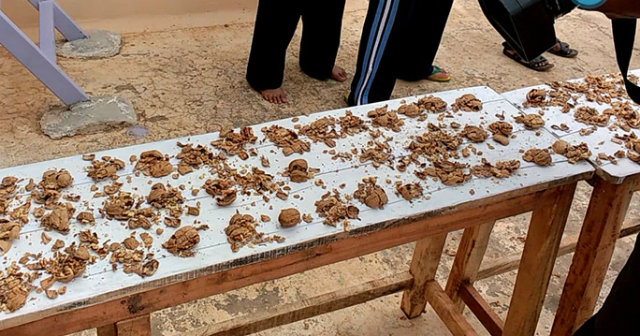 The hard shells have to be smashed into at least two pieces in order to count towards the final total.

The 35-year-old martial arts pro told Guinness World Records that he practised every day for this attempt.

It was never going to be easy to break the previous record of 210, which was achieved by Pakistan’s serial record-breaker Muhammad Rashid. But Prabhakar’s training paid off, because he managed to raise the record by two.

Check out Muhammad's most recent attempt in the video below.