Hania Amir and Asim Azhar unfollow each other on Instagram 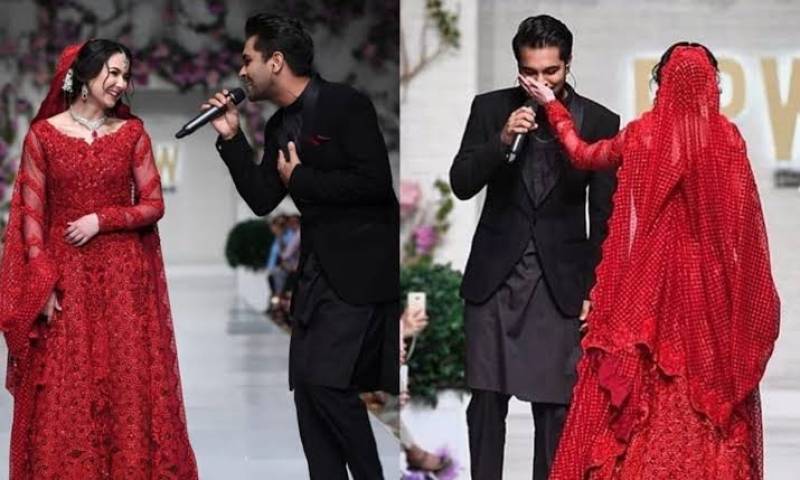 The internet has been abuzz with the news that Hania Amir and Asim Azhar have unfollowed each other on Instagram.

Fans have been speculating about their break up ever since Hania Aamir revealed during a live session that she and Azhar are just friends and nothing more.

When a user enquired about Aamir's relationship status with Asim, she responded by saying,"We're great friends. We're there for each other and I even played a part in his video."

She also revealed an upcoming project she's working on, "And I'm going to make him help me with a song that I'm doing. He's going to be there for that and I hope I can make him do it."

Aamir further added, "But as far as relationships and 'are you together?' is concerned, I'm not with anyone."

The two first made headlines in March 2019, when they walked the ramp together at Fashion Pakistan Week.

Later, in an interview with Haroon Rashid for BBC Asian Network, the ‘Humrah’ singer hinted about his relationship with the ‘Ishqiya’ star.

When Rashid asked Asim if he was in a relationship with Hania, Asim responded, saying: "You see, my heart is beating really fast. I don't think I'm in a position to answer that really casually. I feel like she's the kind of person who brings a lot of positivity in my life. It so much fun being around her. We're always laughing, we're always just messing around."