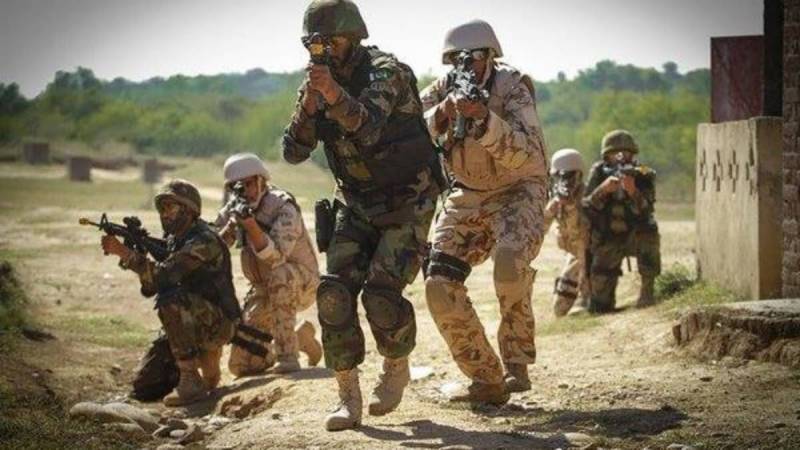 At least 15 terrorists, including a Balochistan Liberation Army commander, were gunned down during the operations.

Balochistan CTD spokesperson told the media that nine terrorists of a banned outfit were killed in the Roshi mountain range of the Splenji area of Mastung district during an exchange of fire.

The spokesperson added that nine SMGs with 350 rounds, 20 kgs of explosive material, detonators, a rocket-propelled grenade (RPG), and two shells were recovered from terrorists.

Terrorist activities were planned from the camp and terrorists were trained and sent from the location to the provincial capital and other parts of the province, he added.

The second operation in Balochistan was conducted in Harnai, in which six terrorists were eliminated in a shootout in the Jamboro area.

The IBO was carried out on the confirmed presence of foreign-sponsored terrorists working against peace in Balochistan. As soon as the troops cordoned the area, terrorists tried to flee the area and opened indiscriminate fire, the Inter-Services Public Relations said.

The military’s media wing said “a heavy exchange of fire with terrorists continued for a long time, resultantly, six terrorists including BLA commander Tariq alias Nasir got killed. A large cache of arms and ammunition was also recovered from their procession.

Meanwhile, Pakistani forces also conducted an operation in the Zaimdara Maidan area in Khyber Pakhtunkhuwa’s Lower Dir. A terrorist was killed while others managed to flee under the cover of firing.

There was credible information about the presence of terrorists in the area, the Lower Dir DPO Irfanullah Marwat said.