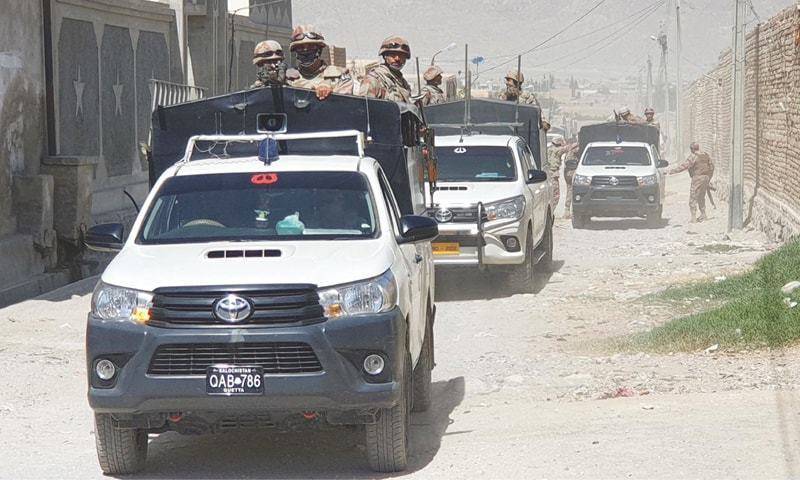 QUETTA – The counter-terrorism department (CTD) claimed to have killed nine alleged terrorists associated with ISIS in Mastung on Friday night.

Security personnel conducted the raid on the terrorist hideout following a tip-off from one of their sources. The terrorists opened fire on the CTD personnel and were killed in an exchange of fire.

Meanwhile, a huge cache of nine Kalashnikovs, prima cards, detonators, RPG rockets, and 20kg explosives have been recovered from their possession.

Counter-terrorism officials have cordoned off the site while a clearance operation was launched.

On Friday, Pakistani security forces have killed a terrorist during an intelligence-based operation in North Waziristan's Miran Shah area.

RAWALPINDI – Pakistani security forces have killed a terrorist during an intelligence-based operation in North ...

During an exchange of fire with the terrorists, two soldiers – Naik Khalil, 34, resident of Kohat, and Sepoy Shakir Ullah, 21, resident of Lakki Marwat – also embraced martyrdom.