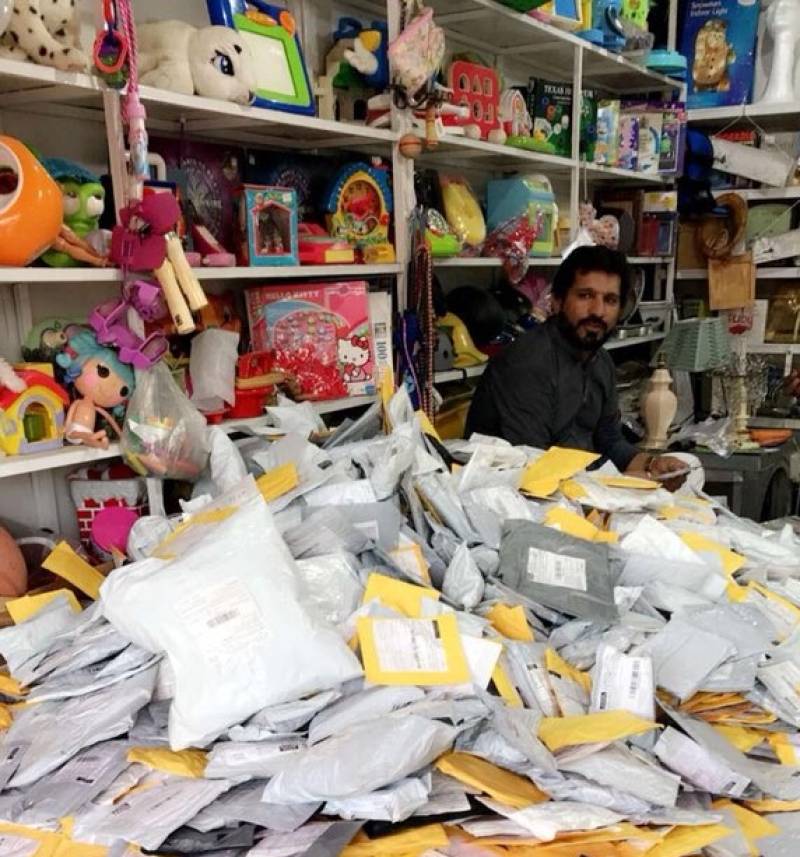 LAHORE - There has been a social media uproar after various packages of Ali express that went missing are being sold at a Sunday Bazaar in Islamabad. People were horrified at how easily the packages were being sold at 200 rs with "luck" depending on what would be inside.

However in depth research was done on the items and it was discovered that the addresses are from different countries like Poland, Hong Kong, Azerbaijan, France, Finland etc, while not even one is from Pakistan.

It seems the packages were purchased from another country as refused articles and then imported as second hand material.

It was learned that the parcels were being sold at Shop # F-086. It is being managed by Sardar Zeeshan Khan for the past 8 years who hails from Kasmir.