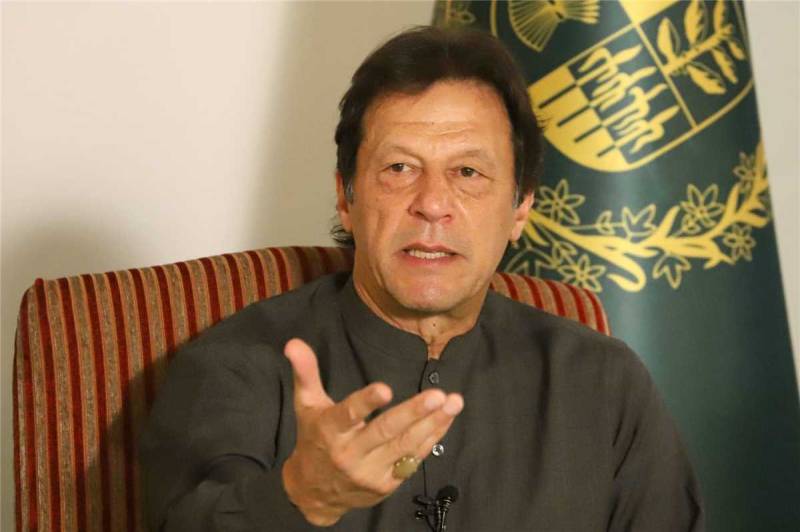 The Pakistani premier will virtually address a high-level panel of the United Nations on International Financial Accountability, Transparency and Integrity on Thursday.

The event is being convened to present the interim report of the panel, which identifies the major gaps in implementation and the systemic shortcomings of the existing international frameworks for tax cooperation, anti-corruption and anti-money laundering.

It will provide a high-level forum for discussing the priority actions for addressing the identified challenges, particularly in light of the impact of the COVID-19 crisis on progress toward the implementation of the 2030 Agenda for Sustainable Development.

In his capacity as President of the UN Economic and Social Council, Pakistan's Permanent Representative to the United Nations, Munir Akram, is also set to speak in panel's moderated session.

The event titled, "Poverty at Crossroad: Using Leadership and the Multidimensional Poverty Index to Build Back Better" is being co-hosted by Pakistan and Chile.

On the side-lines of the UN General Assembly session, Foreign Minister Shah Mahmood Qureshi will speak through video link at SAARC Ministerial conference.

In a statement, FM Qureshi said "we demand that the restrictions imposed in Indian Illegally Occupied Jammu and Kashmir should be immediately lifted and the communication blackout should be ended."

The amendments in the domicile laws by the Indian government to illegally change demography of the Indian Illegally Occupied Jammu and Kashmir should immediately be reversed, he added.

The Pakistani minister further said India resorts to ceasefire violations along the Line of Control to divert attention whenever it faces domestic pressure or the situation in Indian illegally occupied Jammu and Kashmir goes out of its control.

He said the international community will have to take the Kashmir issue seriously because if tension increases between two nuclear states, peace and stability of the region will get threatened.