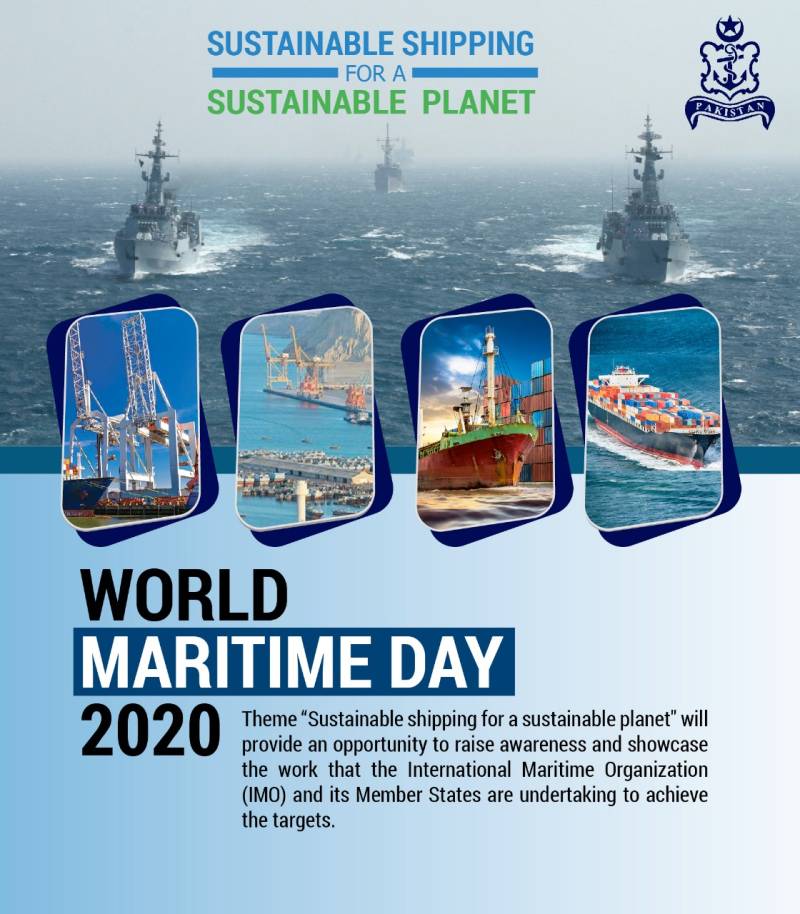 KARACHI – Pakistan Navy on Thursday released a documentary highlighting importance of marine sector for the country and the PN's efforts for its protection as well as promotion.

As the Navy celebrates the World Maritime Day 2020, its spokesman said while sharing details of the film that it particularly focuses on educating masses, particularly children and youth, about relevance of the sector to the national economy and role played by Pakistan Navy to safeguard marine resources of the country.

The documentary was further said to highlight challenges faced by the sector in terms of marine pollution as well as threats to water boundaries of the country that were being efficiently thwarted by PN on steady basis and also on scientific lines.