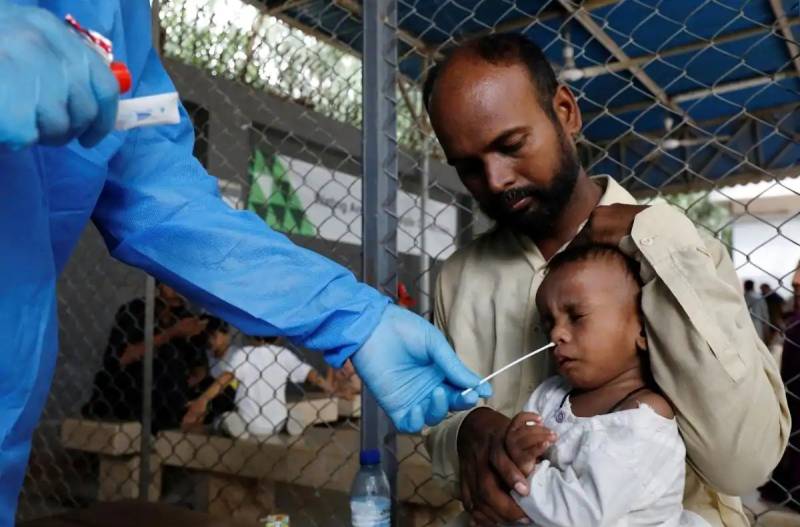 Latest statistics show that 799 new cases of coronavirus surfaced in the country after the tests of 42,299 people during the last twenty-four hours. They said that there were now 7,388 active cases in Pakistan.

It was the highest number of tests of COVID-19 carried out in the country in one day, according to Minister for Planning, Development, and Special Initiative Asad Umar.

In a tweet, he added that the positivity ratio continued to be stable at below 2 percent.

Significant build up in covid testing done to carry out sentinel testing at educational institutions in order to identify early trends, if any. 42,299 tests carried out yesterday which is by far the highest ever. Positivity ratio continues to be stable below 2%

Asad said that the significant build up in COVID testing was done to carry out sentinel testing at educational institutions in order to identify early trends, if any.

Sindh remains the worst-hit province by the pandemic in terms of cases followed by Punjab, Khyber Pakhtunkhwa and Islamabad.