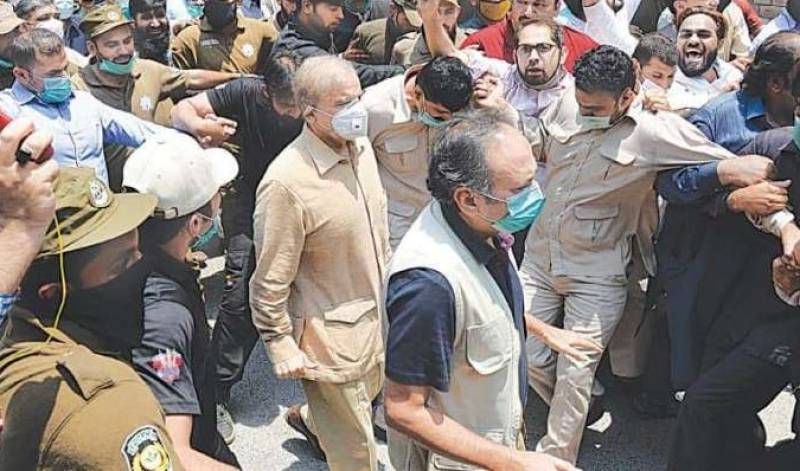 A LHC division bench headed by Justice Sardar Ahmad Naeem passed the order after hearing arguments of both sides.

Strict security arrangements were made on the occasion to avoid untoward incident.

Sharif, who is president of Pakistan Muslim League-Nawaz (PML-N), appeared in person before the court along with his party supporters. His personal security staff also kept him surrounded during his appearance before the bench.

The counsels of Shehbaz Sharif argued that NAB was fabricating baseless cases against his client and should prove that where and how he committed corruption.

“The cases are totally bogus,” said the lawyer while arguing on the case.

Earlier, the counsel of Shehbaz Sharif asked the court for more time to complete his arguments.

The court on Thursday heard lengthy arguments of Shehbaz Sharif and extended bail till Sept 28.

On June 1, Shehbaz Sharif had filed a bail plea in LHC to avoid arrest in assets beyond means and money laundering cases. The opposition leader, in his plea, took the stance that NAB might arrest him in a pending inquiry.

The anti-corruption watchdog had prepared the case with malicious intentions as he had been declaring his assets regularly, he added.