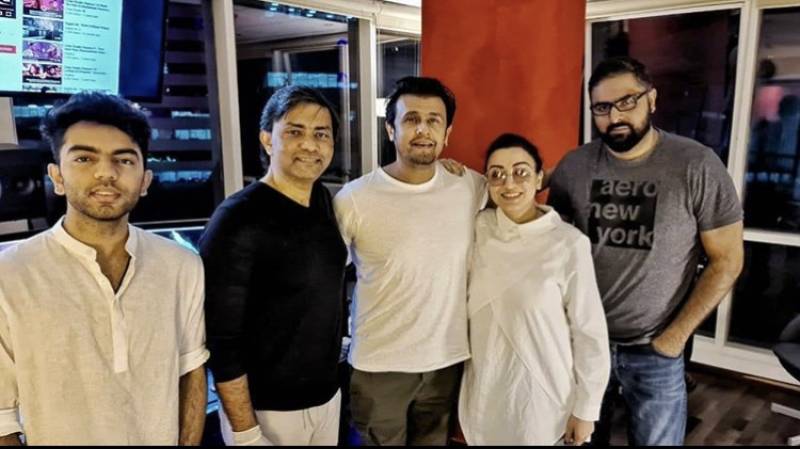 Indian singer, Sonu Nigam has never shied away from appreciating talent across the borders.

Once again, Sonu has turned to social media to pen an ardent note for one of Pakistan's most celebrated musicians, Sajjad Ali.

Posting several throwback pictures from when he met Ali for the first time, the ‘Kal Ho Na Ho’ crooner wrote, "This picture is from March 19 when Adel Farooq took us to check and assess Atif Ali's studio for the first digital live concert that we eventually did on March 22."

Talking about his interaction with Ali, Sonu said, "Incidentally one of the most respected singers and musicians of all times, and my personal favourite Sajjad Ali Bhai was there too with his son."

“We may meet for the first time in our lives. And then we chatted for an hour and a half. Sharing some memorable pictures of that beautiful evening."

Sonu then revealed thats his family loves Sajjad's songs and one of them was covered by his sister as well. "For people who don't know, his Katna Nai is one of my family's most favourite songs and so was covered by my exceptionally talented sister, Teesha Nigam," he continued, "But before that, I wanted to go about it absolutely respectfully and thus I called Sajjad Bhai to seek his permission for the same. It was very, very gracious of him to not just give us permission for the same but not even charge for it! That's called true graciousness."