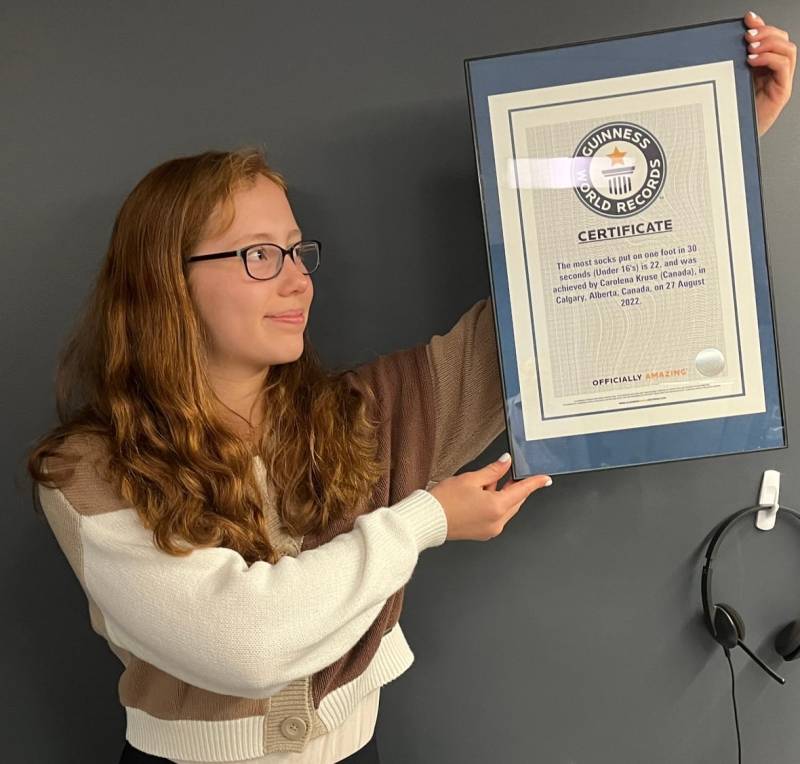 A surprising yet jaw-dropping instance occurred when a 14-year-old Canadian girl put on 22 socks on one foot in 30 seconds and bagged herself a Guinness World Record.

Kruse had reportedly been training to take on the Guinness World Record for most socks put on one foot in 30 seconds (under 16). In her first attempt, Kruse was able to equal the previous record. Kruse's most recent attempt was reportedly recorded by her mother and witnessed Kruse racking up 22 socks eventually taking the title.

According to media outlets, Kruse's mother, Marta, said that her daughter "asked for help only to film the video she would eventually send to Guinness. It has to be recorded in a specific way, ensuring the timer is clearly visible."

Calgary Eyeopener hosts Loren McGinnis and Angela Knight challenged Kruse to a competition, who now holds the Guinness World Record for most socks put on one foot in 30 seconds in the under-16 category.

For the unversed, a spokesperson for Guinness stated that applications are free of charge, and once one is accepted, they send contenders a set of guidelines for their category and a list of evidence needed to verify a record.

Kruse set the record on August 27 this year. The teenager received her official certificate this week.

Guinness World Records title holder Sulafay Naqvii has been making the nation proud with her achievements. The talent ...