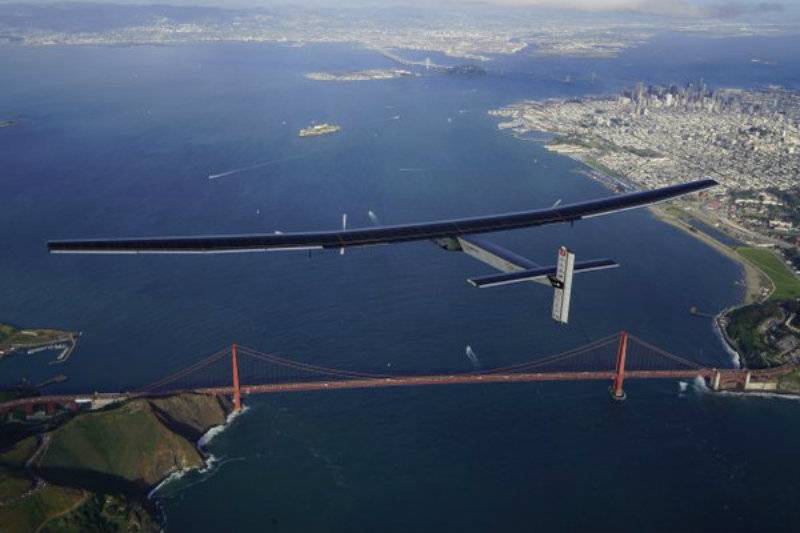 MOUNTAIN VIEW (web Desk) - Solar Impulse 2, an experimental plane flying around the world without consuming a drop of fuel, has landed in California after a two-and-a-half day flight across the Pacific.

"It's a new era. It's not science fiction. It's today," Piccard told CNN from California after his successful voyage. "It exists and clean technologies can do the impossible." 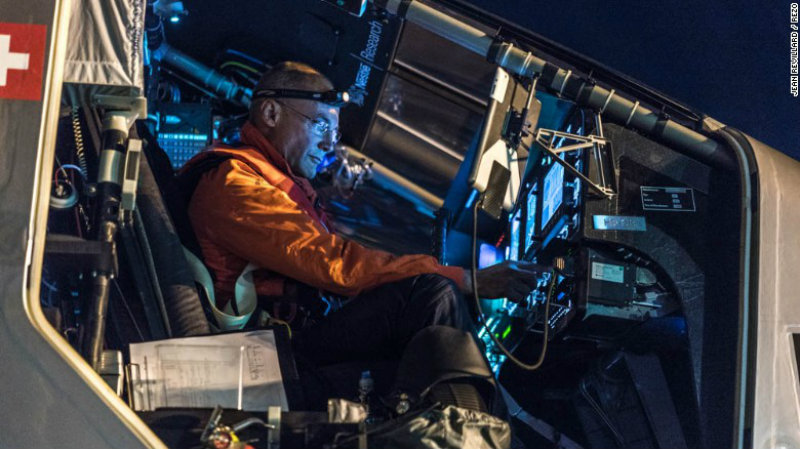 Images of the elegant solar aircraft, which has the wingspan of a Boeing 747 but only weighs about as much as an SUV, flying over the Golden Gate Bridge into San Francisco Bay mark a significant achievement. The team has seen the project beset with problems and setbacks during its pioneering airborne circumnavigation.

"I'm very happy that everything works extremely well and the airplane is functioning as it should," Piccard's business partner and the plane's other pilot, Swiss engineer Andre Borschberg said. "It's a demonstration that the tech is reliable."

The plane took off from Hawaii on Thursday, resuming a journey that had stalled on the island of Oahu for almost 10 months.