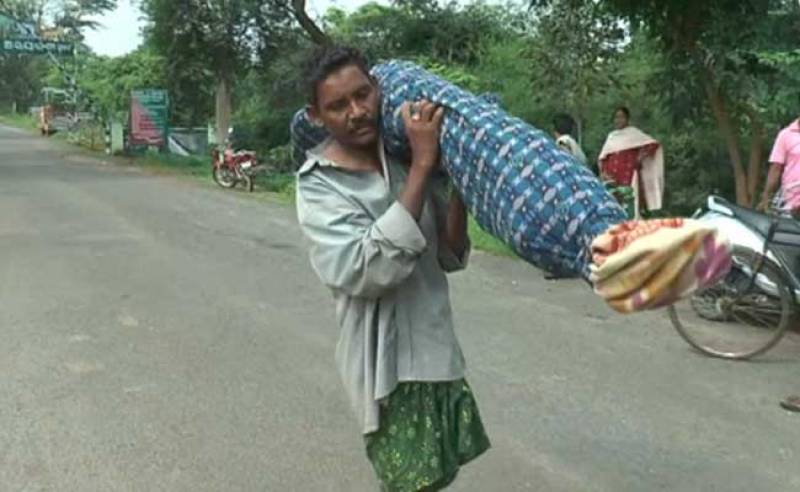 KALAHANDI (Web Desk) - An Indian man had a harrowing experience of carrying the dead body of his wife on shoulder for 10 Kilometers after she was denied a mortuary van for the purpose.

According to the details, the incident happened in Odisha’s Kalahandi district where 42-year-old Amang Dei was being treated for tuberculosis. The poor lady lost the battle against the disease and finally died. Her husband begged hospital authorities to provide him with a mortuary van to carry the dead body.

Dei’s husband Dana Manjhi could not get any help from the hospital authorities despite efforts. Afterwards, he wrapped his wife’s body in a cloth and started walking to his village Melghara in Rampur block, about 60 km from Bhawanipatna.

Manjhi, who was accompanied by his 12-year-old daughter, was spotted by some local reporters who called up the district collector and arranged for an ambulance for the remaining journey.

“The hospital authorities said that there are no vehicles. I pleaded with them saying I am a poor person and cannot afford a vehicle to carry my wife’s body. Despite repeated requests, they said they cannot offer me any help,” Dana Majhi told Odisha TV.