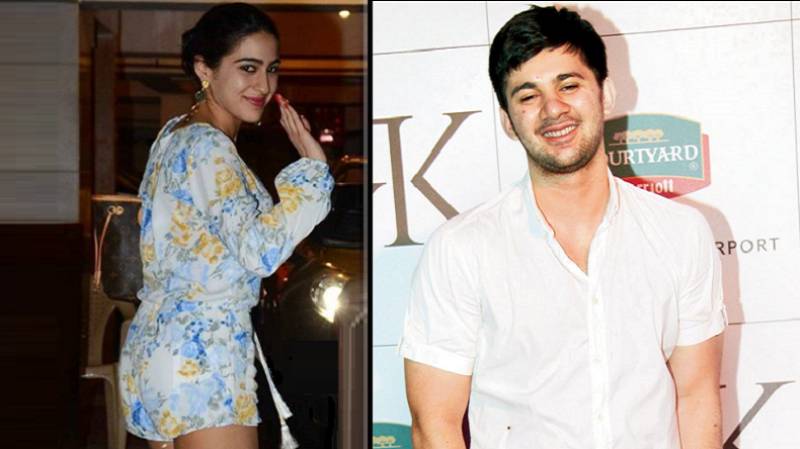 MUMBAI (Web Desk) – Bollywood actor Sunny Deol is preparing for his son Karan's debut movie, and he wanted none other than Saif Ali Khan and Amrita Singh's beautiful daughter Sara Ali Khan, to be his son's love interest in the movie.

Karan started off his life history in Bollywood as an assistant director for Yamla Pagla Deewana 2 and also assisted in the making of Ghayal Once Again.

Yet, this could not go on as Sara Ali Khan chose Karan Johar Student Of The Year 2, to debut in Bollywood.

"The thought was to recreate the Betaab magic. Sunny even called up Amrita and told her he would like to cast Sara opposite Karan.

Nevertheless, it was not intended to be. Amrita had to wrench down the offer as by then, Sara was already under contract with Dharma Productions - she will be preparing her first appearance in a movie made by Karan Johar.

According to a report, in the sequel, two girls will woo Tiger Shroff. In all possibility, it will be Sara Ali Khan and Jhanvi Kapoor.

Karan Johar confirmed the news on Twitter and wrote, "its OFFICIAL....Directed by Punit Malhotra STUDENT OF THE YEAR 2 (SOTY2) with TIGER SHROFF @iTIGERSHROFF," he tweeted along with the logo of the movie.

It's OFFICIAL....Directed by Punit Malhotra STUDENT OF THE YEAR 2 ( SOTY2) with TIGER SHROFF @iTIGERSHROFF pic.twitter.com/1pac9sYqQ9