Got a taste of brute force unleashed in Kashmir, Rahul Gandhi says it all 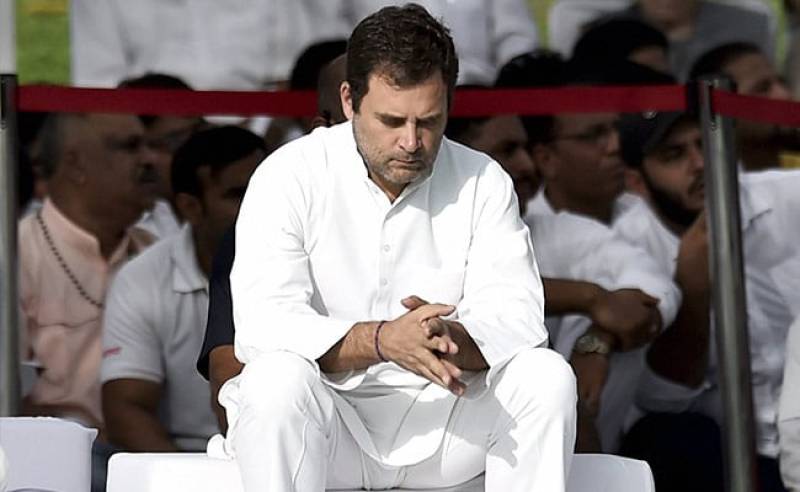 SRINAGAR - India's top opposition leader, Rahul Gandhi apparently laid bare the claims of the ruling BJP regime after he was barred from visiting Indian occupied Kashmir region despite landing at the Srinagar airport.

The former president of the Indian Congress party said that he had experienced firsthand "the draconian administration and brute force unleashed on the Jammu & Kashmir people" in a Twitter post on Sunday.

The heir to the legacy of Gandhi family shared his encounter at the Srinagar airport which happened a day earlier and said he along with a delegation of India's opposition parties, was prevented from entering the city by the Indian-occupied Kashmir administration.

It's been 20 days since the people of Jammu & Kashmir had their freedom & civil liberties curtailed. Leaders of the Opposition & the Press got a taste of the draconian administration & brute force unleashed on the people of J&K when we tried to visit Srinagar yesterday. pic.twitter.com/PLwakJM5W5

"It's been 20 days since the people of Jammu & Kashmir had their freedom and civil liberties curtailed," he said in point-blank remarks.

The opposition leaders had landed in Kashmir to assess the situation in the wake of the BJP government's decision to revoke the special status granted to the valley.

Around eight senior leaders from several parties including the Congress, Communist Party of India and All India Trinamool Congress had boarded the flight from New Delhi.

However, the delegation was sent back, stirring concerns that the situation in the serene valley was not 'normal' as portrayed by the government.

Former diplomat and Congress leader, Shashi Tharoor also raised concerns as he quoted the commentary of Rahul on Twitter.

Quite clear that the Governor’s invitation to @rahulGandhi to visit Kashmir was not sincere. No wonder my proposal during the #Kashmir debate in Parliament to permit an all-party delegation to visit, got no reply. Govt can’t be open about what it’s doing. #DemocracyDiesInDarkness https://t.co/KIU1iBJi9u