US returns stolen artifacts worth $3.3M to Pakistan 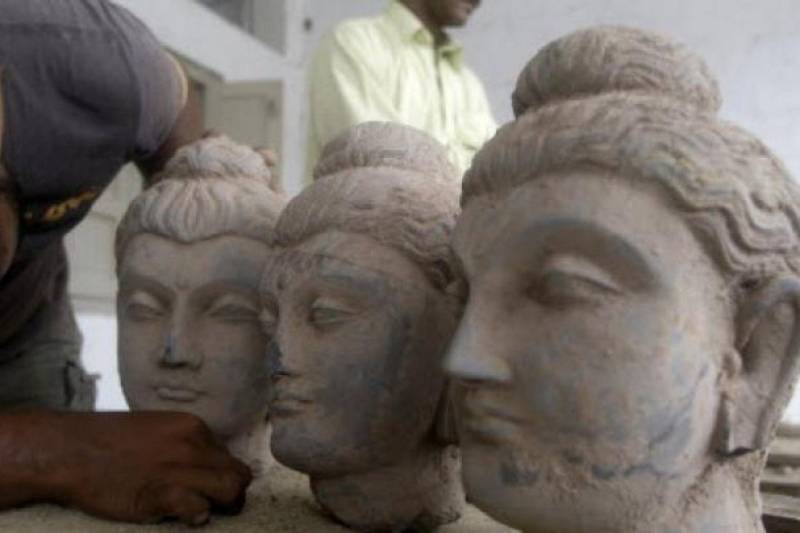 ISLAMABAD – The United States has returned 104 stolen and smuggled antiquities worth approximately $3.3 million to Pakistan during a repatriation ceremony attended by Pakistan Consul General Ayesha Ali and US Homeland Security Investigations officials.

The New York-based art thief Subhash Kapoor, who is in prison for allegedly running a $100 million international smuggling racket, along with his accomplices smuggled these antiquities to the US. The HSI conducted a detailed probe and recovered antiquities smuggled to the US after looting from several countries including Pakistan.

District Attorney Vance while speaking at the ceremony said: “This magnificent collection of artifacts returned to the Pakistanis today epitomize that nation’s rich cultural heritage and humanity’s never-ending quest for enlightenment and peace as every stolen artifact tells its own story”.

Pakistan’s Consul General Ayesha Ali hailed the decision of the Manhattan District Attorney’s Office and the Department of Homeland Security for their efforts in retrieving the stolen cultural treasures of Pakistan. She also expressed hope that the recovered art pieces will be displayed in Pakistani museums soon.

ISLAMABAD – US authorities have handed over smuggled antiquities that include religious relics and sculpture of ...

Earlier in November 2020, the US authorities office had repatriated 45 antiquities to Pakistan that were recovered in 2015 from Nayef Homsi – an infamous trafficker involved in the illegal looting, exportation, and sale of ancient art from the South Asian region. The authority has also returned 497 antiquities to 11 countries since August 2020.