Stolen antiquities recovered in US handed back to Pakistan 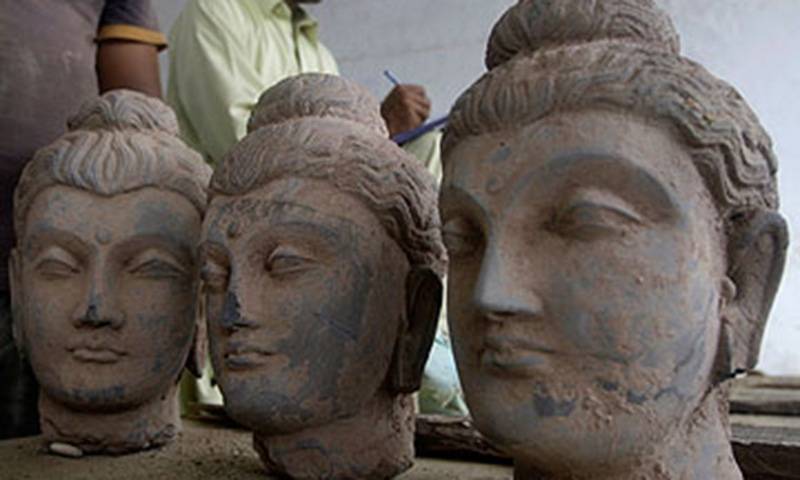 ISLAMABAD – US authorities have handed over smuggled antiquities that include religious relics and sculpture of second century to Pakistan after these were recovered during an operation in 2015 in New York.

A repatriation ceremony was held by Manhattan District Attorney Cyrus Vance Jr earlier this week and it was attended by Pakistan’s Consul General Ayesha Ali and special agent of the Homeland Security Investigation office Erik Rosenblatt.

Cyrus Vance Jr. announced the repatriation of the antiquities, which were smuggled to the US after being stolen from Pakistan, worth $250,000.

The repatriated objects include a Gandharan frieze featuring seven figures of Buddha beside a Bodhisattva Maitreya (a friendly Buddha), a Gandharan box of religious relics and a gray schist relief of Panchika and his consort Hariti Panchika.

The relics also include a Hariti Stele, a gray schist head of Buddha below a bodhi, the tree of awakening, and a Gandharan head of Buddha under the bodhi tree.

US authorities in 2015 issued search warrants against a suspect for smuggling of artifacts from countries, including Pakistan, India and Afghanistan.

Ayesha Ali at the event recalled how vigorously her office followed the case and achieved the goal in shape of return of the assets to Pakistan.

She also appreciated US officials for their “efforts in retrieving stolen cultural treasures of Pakistan”.