Tens of thousands devastated by floods in parts of country, while thousands await help after floods 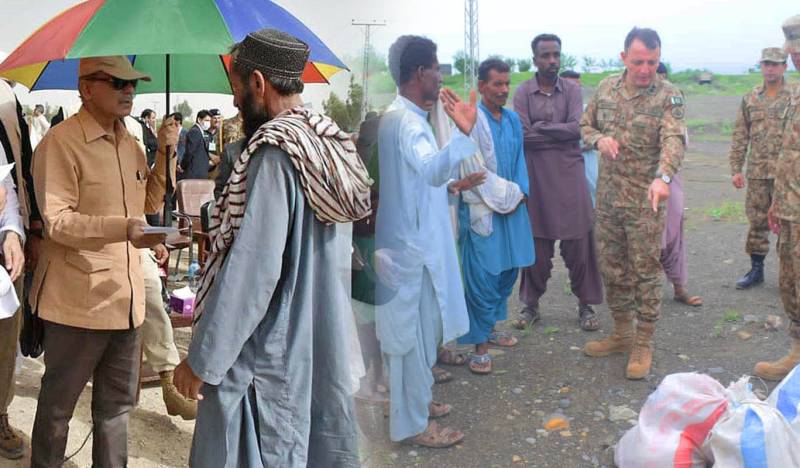 ISLAMABAD – Members of the federal cabinet and Pakistan Army officers have announced to donate their one-month salaries to the relief fund as the country seeks aid to cope with the flood emergency.

The salary of the cabinet members will be deposited in the PM’s flood relief fund as officials urged philanthropists and masses to help with relief efforts as they struggle to cope with the impact of record rains that triggered massive floods, killing more than 900 people since mid-June.

Meanwhile, Pakistan Army announced to set up Army’s donation centers in all major cities for the collection of goods from the masses, and the military’s media wing said all general officers will donate single salary for the flood relief operation.

The decision was made during the 250th Corps Commanders’ Conference presided over by Chief of Army Staff (COAS) General Qamar Javed Bajwa.

Earlier, the country’s central bank established Prime Minister Flood Relief Fund on the advice of the federal government and asked the banks to create awareness regarding the fund.

RAWALPINDI – As the government urged the masses to mobilise financial assistance for flood-ravaged regions, ...

More than 900 people, including 326 children, have died in rain-related incidents since, while some 2.3 million people have been affected due to floods and rain since mid-June, reports suggest.

Massive flooding has further exacerbated problems for the cash-strapped country which is reeling under economic crisis.

ISLAMABAD – China, the US, and other nations have taken note of the severe floods raging across the South Asian ...