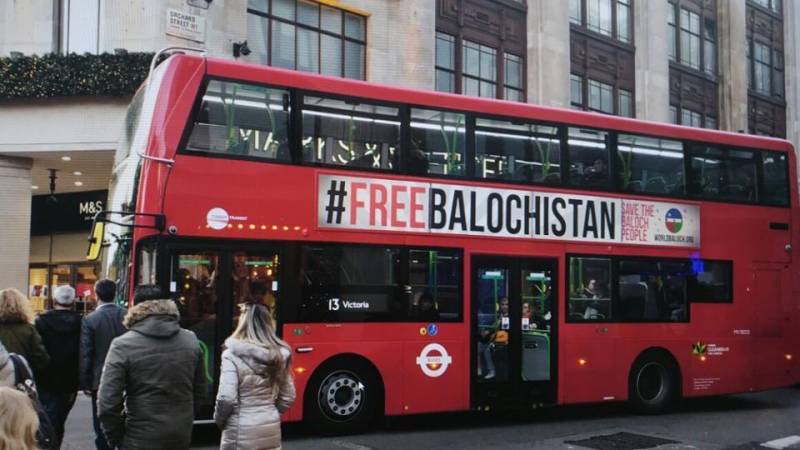 NEW YORK - A month after appearing on London buses, “Free Balochistan” posters have started appearing in New York as part of a campaign by Baloch nationalists against Pakistan’s alleged human rights abuses in the province.

The World Baloch Organization (WBO), which is behind the posters, launched the “#FreeBalochistan” campaign in New York last week to spread awareness about 'abuses' such as “enforced disappearances, torture and summary executions.”

The trucks drove around the consulates of Pakistan and China, WBO said in a statement. One of the signs also read “No to CPEC”, referring to the multi-billion dollar China-Pakistan Economic Corridor a flagship project under Chinese President Xi Jinping’s Belt and Road Initiative.

The CPEC will connect Xinjiang in China’s west to the Gwadar port in Balochistan.