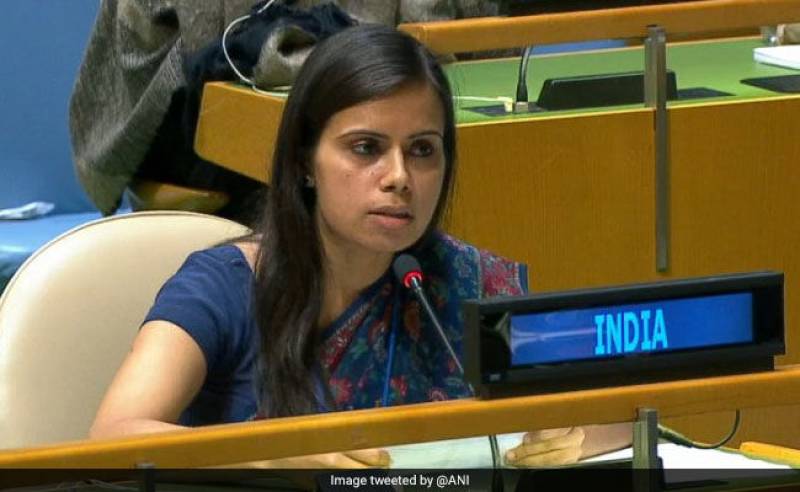 NEW DELHI - Two men on a bike snatched the phone of Eenam Gambhir, First Secretary in the Permanent Mission of India to the UN, on Saturday evening in Delhi. The diplomat, who is in Delhi for a vacation was reportedly out for a walk at a park in Rohini when the incident occurred.

According to reports, the men had stopped Gambhir on the pretext of asking directions to a temple. When she raised her hand to point the direction, the duo snatched the phone and sped away. The reports also suggest that the mobile, an iPhone 7 plus, has a US registered SIM card and also contains crucial official documents. In a statement to the police, Eenam said she could not note down the registration number of the bike because it was dark. A case has been registered against the accused. No arrests have been made so far in connection with the case.

The 2005-batch Indian Foreign Service officer had created a storm when she slammed Islamabad at the UN General Assembly in September. Responding to Nawaz Sharif’s claim that Pakistan “had been a victim of externally sponsored terrorism,” Eenam said, “Pakistan is now ‘terroristan’.”

Earlier, Ukrainian Ambassador Igor Polikha’s mobile phone was snatched in September while he was taking pictures of the Red Fort, following which one person was arrested. Delhi Police has registered as many as 7,870 cases of snatching this year till November 30.