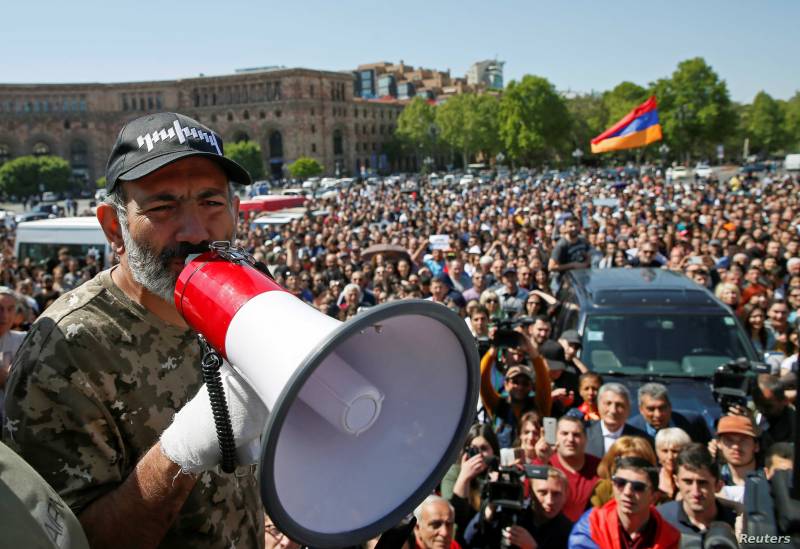 YEREVAN - Armenian PM Nikol Pashinyan has made a statement about an “attempted military coup”, after the top army brass asked him and his cabinet to resign.

Urging his supporters to gather at Republic Square in the heart of Yerevan, he was later seen marching with them with a loudspeaker.

There have been no reports of any violence.

Pashinyan and Armenian army locked horns after he sacked a top military commander, and the army stated the prime minister was "no longer able to make reasonable decisions".

The PM faced massive protests after the country lost last year's conflict with Azerbaijan over Nagorno-Karabakh.

The Nagorno-Karabakh enclave is internationally recognised as part of Azerbaijan but has been controlled by ethnic Armenians since a 1994 truce.

As a result of the bloody six-weeks of conflict late last year, Azerbaijan not only recaptured areas around the enclave but captured the key town of Shusha inside it.

Under the Russian-brokered deal that ensued shortly afterwards, Azerbaijan will keep the areas it has captured. The ensure both nations adhere to the ‘deal’, hundreds of Russian peacekeepers are deployed in the disputed area.