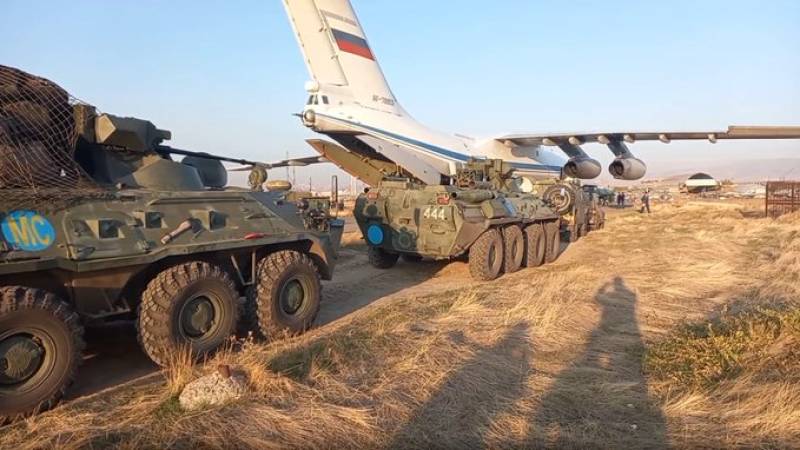 BAKU – First Russian peacekeepers have been deployed to Nagorno-Karabakh conflict zone after Armenia surrendered following a Russia-brokered deal with Azerbaijan to halt armed clashes in the region.

The Russian military confirmed the deployment on Wednesday with the peacekeepers moving towards the main road leading from Nagorno-Karabakh to Armenia, ending the conflict that has incurred losses in shape of human lives and material.

The territory is internationally recognised as part of Azerbaijan but it is controlled by ethnic Armenians, who have been relentlessly pushed back by the Azerbaijan forces in six weeks of heavy fighting.

BAKU/YEREVAN – Armenian Prime Minister Nikol Pashinyan said he has signed an agreement with leaders of Russia and ...

Under the latest trilateral deal, Azerbaijan will continue to keep all of liberated territories, including the region second city of Shusha/Shushi. Ethnic Armenian forces, which still occupy the remaining areas, have been made bound to hand over control of a several other territories between November 10 and Decmber 1.

The deal also states Russian peacekeepers will remain deployed in the region for at least five years to avert any armed clashes. Russian President Vladimir Putin hoped that the agreement would pave way for long lasting settlement of the dispute.

The Russian defence ministry said it had started deploying 1,960 servicemen, who were en route to an unnamed air base to be airlifted along with their equipment and vehicles.

Following his surrender to Azerbaijan the deal on Tuesday, Armenian Prime Minister Nikol Pashinyan termed the development “extremely painful for me personally and for our people,” besides calling it a “catastrophe.”

BAKU – Two crew members of a Russian helicopter were killed after Azerbaijan forces on Monday shot down over ...

Pashinyan said he had not option except agreeing to cessation of hostilities as army had asked him to go for stopping the fight.

The agreement was announced by President Vladimir Putin on Tuesday, several hours after Azerbaijan forces accidently shot down a Russian helicopter that was flying over Armenia, killing two crew members aboard.