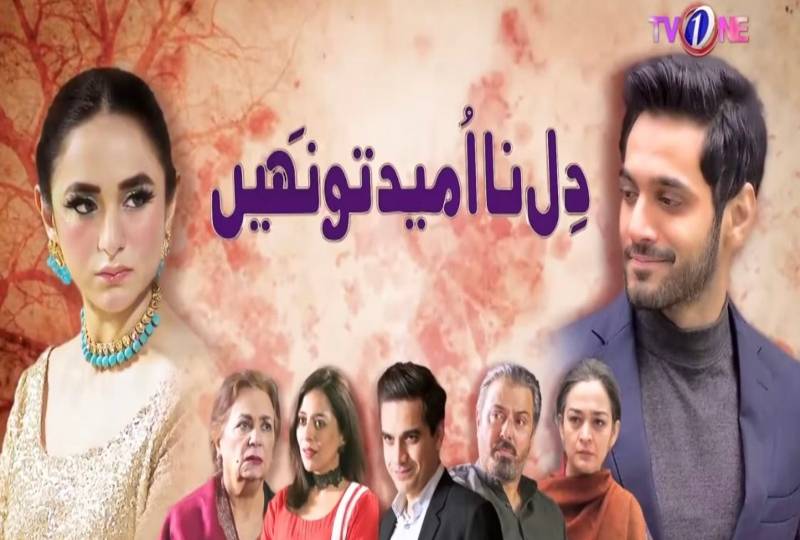 Kashf Foundation’s drama serial Dil Na Umeed Tou Nahi (DNUTN) is living to its hype as the heart-wrenching storyline is a brutal knock towards the bitter realities of the social evils prevailing in the society.

Offering an insight into grave subjects like human trafficking, sexual abuse and child marriages, teenage women used for prostitution or domestic slavery, the drama stands out from the traditional drama storyline.

Recently, PEMRA issued a notice to TV One on raising concerns over ‘objectional content’ that is currently airing the drama serial. The body has directed the channel to review and modify the drama’s content according to the censorship guidelines issues since the drama's story is not in accordance with the code of conduct.

Dil Na Umeed Tou Nahi is being aired on TV One since January 18. The thriller plot has been lauded by the audience and it has created a niche for itself among the viewers.

Dil Na Umeed Tou Nahi, one of the most anticipated dramas in Pakistan, narrates a tale about human ...