Pakistan volleyball team to participate in Asian championship in Iran 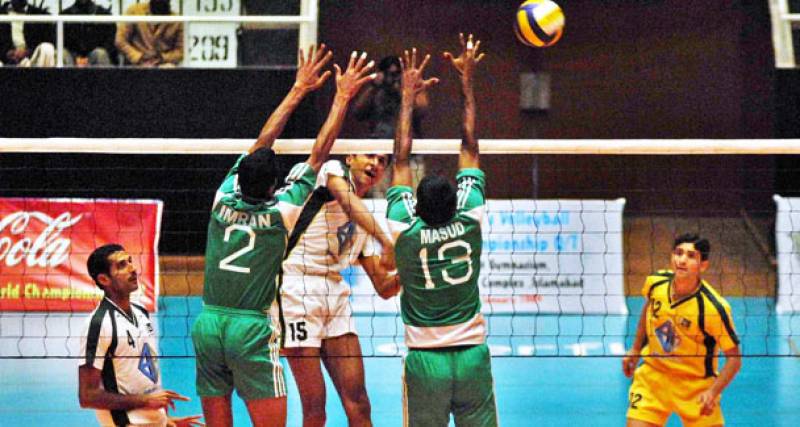 LAHORE - National volleyball training camp is in progress in Peshawar to prepare the U23 team to participate in Asian U23 Championship being played from May 1-9 in Iran.

"The camp is being attended by the country's top 20 players who are learning the finer points of the game under the watchful eyes of national coaches," said a spokesman for Pakistan Volleyball Federation here on Wednesday.

He said in order to have ample choice for the final selection fresh blood will be inducted in the camp from the National U23 championship which will be played in the last week of next month in KPK. "The event will be contested by the departmental and provincial team and its outstanding players will be shortlisted to attend the camp," he said.

He said PVF has decided to broaden the base of Volleyball by promoting clubs, talent hunt programmes and organising regional training camps.

"In the future, we intend to participate in all the forthcoming Asian

Tournaments/Championships/Games starting from Youth (U-18), Junior (U-20), U-23 and Senior Asian Championships," he said adding "for this purpose

the Senior Team will be participating in the 4th Islamic Solidarity

Games from May 12-22, at Baku, Azerbaijan and will also participate

in the upcoming Asian Senior Men's Volleyball Championship from July

For the preparation of Islamic Games and Asian Senior Volleyball Championship, teams' training camps will start next month in Islamabad, he maintained.

He said PVF was grateful to Pakistan Sports Board for helping them in the promotion of this game by organising training camps and participation in the forthcoming international competitions.