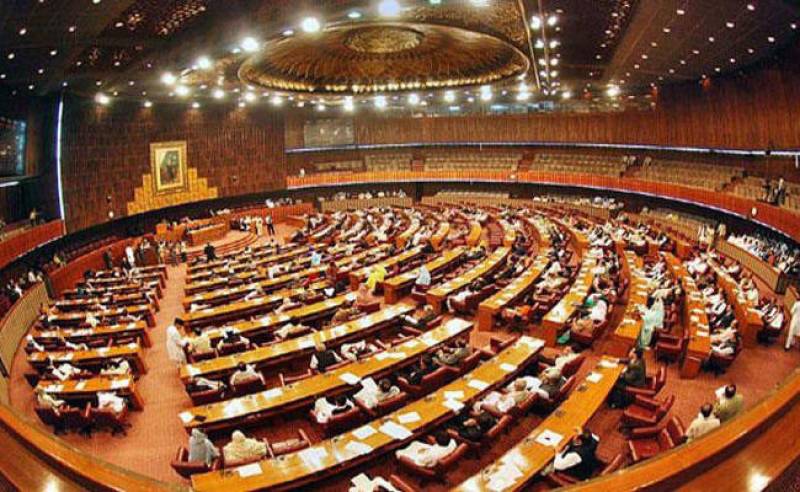 ISLAMABAD – Senate has approved a resolution strongly condemning the sacrilegious, misleading and deceitful information floated on search engines of Google and Wikipedia depicting Mirza Masroor as the current Caliph of Islam.

It also expressed concerns over the passive social media policy of government leading to unchecked blasphemous and religiously misleading operational activities of non-Muslims on international social media networks and search engines in Pakistan.

The resolution draws the attention of the government towards the growing incidents of Islamophobia, publication and floating of sacrilegious information regarding Islam, the Holy Quran, the finality of the Holy Prophet (SAW), ideology of Pakistan on Google, Wikipedia and other social media networks operating in Pakistan, Radio Pakistan reported.

It strongly demands the government to take immediate and result oriented steps for blocking the publication and floating of blasphemous, deceitful and misleading information/contents against Islam, Islamic beliefs, principles, rituals, the Holy Quran, the finality of the Prophethood of Hazarat Muhammad (SAW), the ideology of Pakistan and the social and cultural norms of Pakistan on Google, Wikipedia and other social media networks operating in Pakistan.”

ISLAMABAD – The country's Senate on Monday passed a resolution urging the government to take action against the ...

In December, Pakistan Telecommunication Authority (PTA) had issued notices to Google Inc. and Wikipedia on account of disseminating sacrilegious content through the platforms.

PTA has been receiving complaints regarding misleading search results associated with “Present Khalifa of Islam” and unauthentic version of Holy Quran uploaded by Ahmadiyya Community on Google Play Store.

Being a matter of very serious nature, PTA  approached Google Inc. with the directions to immediately remove the unlawful content.

The platform was issued with the notice under Removal and Blocking of Unlawful Online Content (Procedure, Oversight & Safeguard) Rules 2020 (“Rules”) to remove the sacrilegious content to avoid any legal action by the Regulator.

Complaints were also received regarding hosting of caricatures of Holy Prophet (PBUH) & dissemination of misleading, wrong, deceptive and deceitful information through articles published on Wikipedia portraying Mirza Masroor Ahmad as a Muslim.

After extensive communication on the matter, Wikipedia has been finally served with the notice to remove the sacrilegious content to avoid any legal action.

In case the platforms remain non-compliant, PTA shall be constrained to initiate further action under Prevention of Electronic Crimes Act 2016 (#PECA) and Rules 2020.