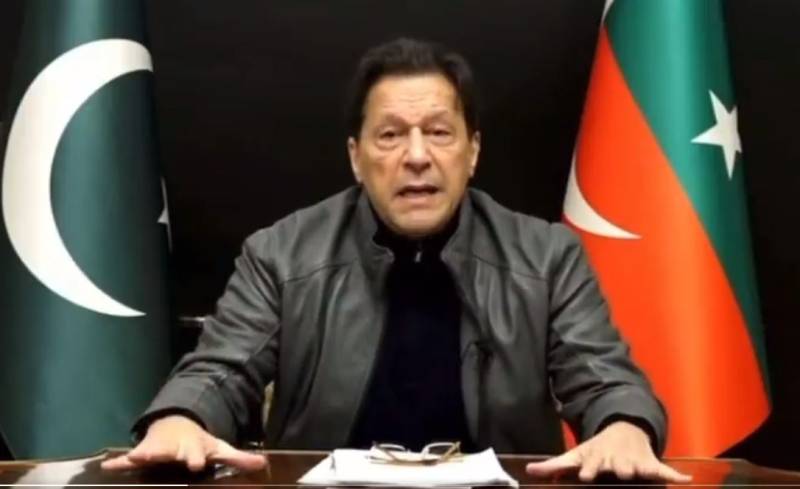 LAHORE – Pakistan Tehreek-e-Insaf (PTI) Chairman Imran Khan reiterated on Wednesday that he was not afraid of going to jails or dying, saying attempts were being made to curb his voice for the rule of law in the country.

He was addressing the nation in reaction to the arrest of PTI leader Fawad Chaudhry after he was booked for allegedly threating the officials of the Election Commission of Pakistan (ECP) and their families in his provocative speech.

He said the country had been made a banana republic where “might is right” and actions were just taken against the weak people. Saying the ongoing circumstance would push Pakistan to the point of no-return, he said people were fleeing country as they had lost their hopes due to prevailing situation in the country.

Slamming the arrest of Fawad Chaudhry, he said it did not happen in the democracy that a person was arrested for expressing his thoughts or criticising any official. Fawad had just called the chief election commission “munshi” and what other crime he had committed, Khan questioned.

He said that the government just wanted silence the voices being raised against it.

Urging lawyer community and public in general, he said time had come to stand up against the injustice as such situation would bring nothing but devastation in the country.

He also hit out at the ECP for picking Mohsin Naqvi as the caretaker chief minister of Punjab, saying that man played an active role in toppling of the PTI government. He also questioned the commitment of the election commission to hold transparent elections.

The PTI chief announced that he would take legal action against Naqvi’s appointment.

The former premier also spoke about the disbanding of the joint investigation team (JIT) probing Wazirabad assassination attempt, claiming that pressured was put on JIT members to distance themselves from the probe because it would have established the conspiracy for assassinating him.

He also criticised the governors of Punjab and Khyber Pakhtunkhwa (KP) for not announcing a date for the elections, saying it was a violation of the Constitution.