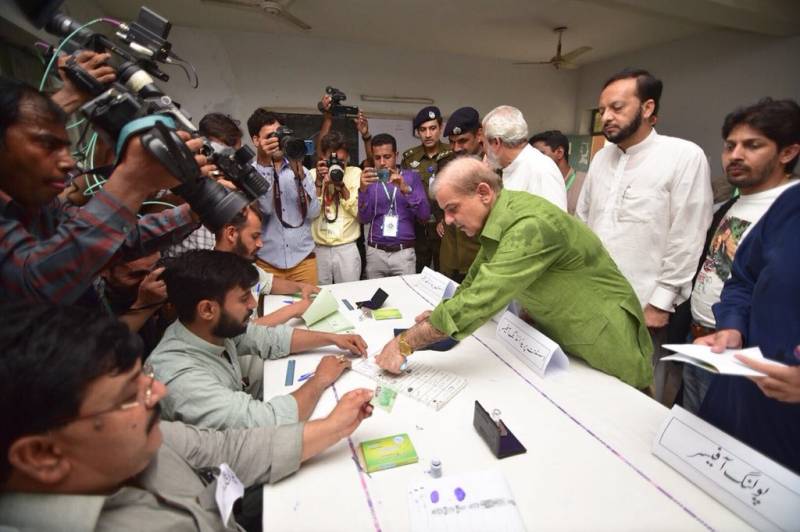 LAHORE - Shehbaz Sharif, the former chief minister Punjab and president of Pakistan Muslim League Nawaz has expressed that this party would change the destiny of the country if voted into power.

Addressing the newsmen after casting his vote in Lahore on Wednesday, the politician urged the masses to use their constitutional right and vote for PML-N.

He reiterated that if given a chance, his party will end unemployment, improve education/health, and build Diamer Bhasha dam.

As many as 105.96 million people will be able to use their right. Twenty-three percent of the total voters would be taking part in the exercise for the first time.