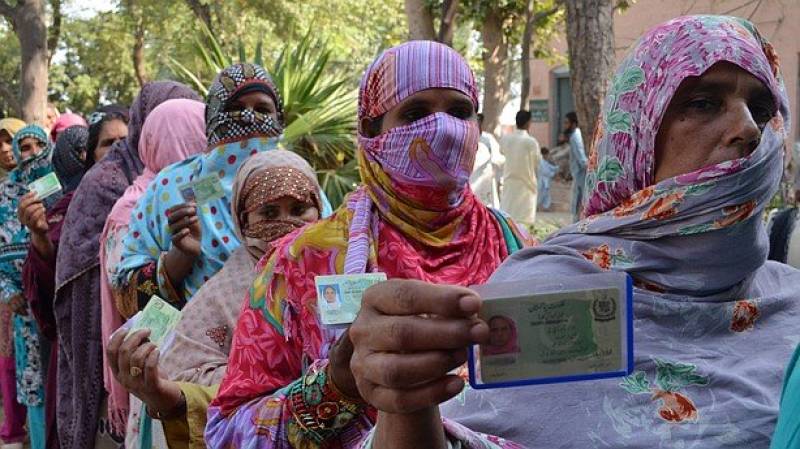 KHUSHAB - Millions of registered voters are heading towards polling stations to cast their votes as Pakistan goes for its 11th general elections, paving the way for the second democratic transition.

Amid Election Commission of Pakistan's hope that country may mark maximum turnout in what appears to be tightly-contested elections, some history-making events are also taking place in the conservative areas where women are usually not allowed to take part in an activity outside their homes.

However, women in a village located in Khuhab, a city in Punjab, are making history by casting their votes for the first time ever since the country came into being. The women from Ghak Kallan village reached the polling stations soon after the polling time started and used their right to vote.

Moreover, the women in Upper Dir are also using their right to franchise in a historic first.