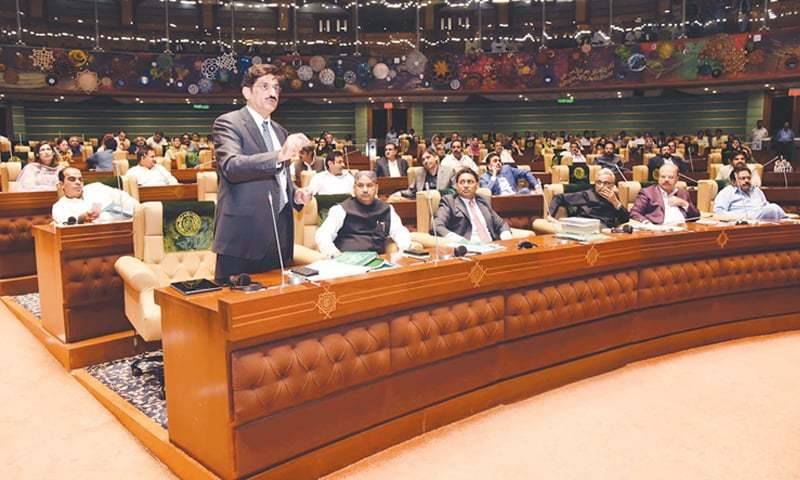 KARACHI – The Sindh Assembly on Friday approved the budget for the next fiscal 2021-22 with its total outlay of Rs1,477.904 billion amid protest by opposition parties.

The provincial government has allocated Rs 1,089.372 billion for Current Revenue Expenditure, which is 12 percent higher than the budget 2020-21.

The expenditure include Rs30.9 billion for Pro-Poor Social Protection & Economic Sustainability Package; Rs 59.498 billion for Current Capital Expenditure with an increase of 51 percent as compared for outgoing fiscal year.

The provincial assembly also approved a supplementary budget of Rs95.345 billion for the next fiscal year starting from July 1, 2021.

The provincial government has estimated its total receipts at Rs 1,452.168 billion that includes Rs 869.680 billion from federal transfers. Overall, the budget deficit for the next fiscal year stands at Rs25.735 billion.

The opposition claimed that the government had ignored Karachi and other urban districts, besides terming the budget anti-poor.

KARACHI – The Sindh government on Tuesday proposed an allocation of Rs22.8 billion for college education, up 11.8 ...