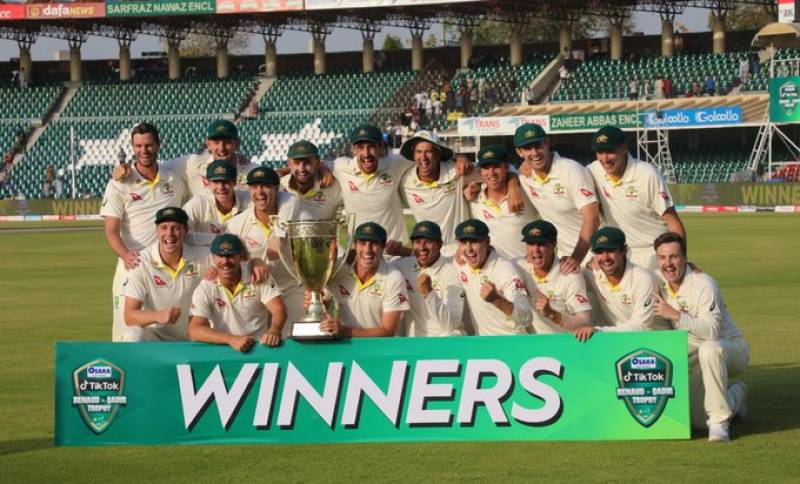 Chasing down 351-run target, Pakistan bowled out for 235. Imamul Haq remained the top scorer for Pakistan with 70 runs. Captain Babar Azam made 55 runs.

It all came down to the last day and Australia were in complete control for it. Well played, boys 👏🏼 #BoysReadyHain l #PAKvAUS pic.twitter.com/6usuPl7P6b

After visitors declared their second innings on 227/3 late on Day 4, Pakistani openers – Haq and Abdullah Shafique – stand strong as they built 73 runs partnership in the late session. Australia declared second innings at 227-3 shortly after tea, as Pakistani-born Aussie Khawaja slammed an impressive ton.

Pakistan earlier collapsed to 268 in the first innings as Cummins and Mitchell Starc display their A-game.

Meanwhile, the past matches opposed the optimism of hosts as no team has successfully chased down a total higher than 208 in Tests at Lahore.