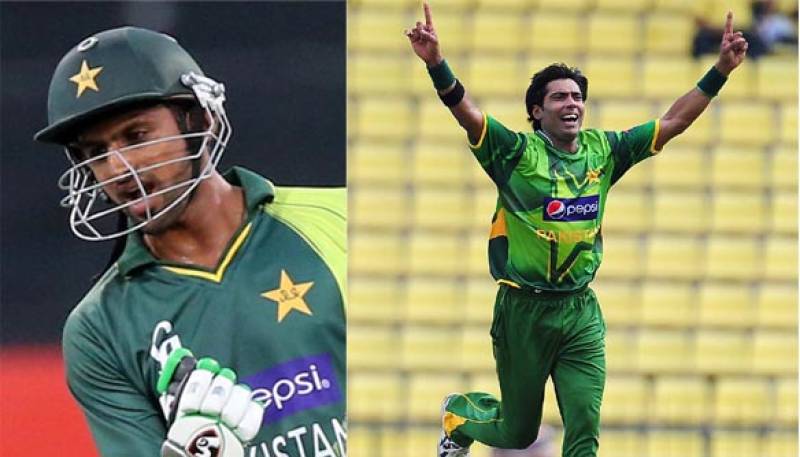 The 33-year-old Malik played last of his 216 one-day internationals in the 2013 Champions Trophy held in England in 2013 while Sami last featured in a one-day on the 2012 tour of Sri Lanka.

Also returning to the squad is opener Ahmed Shehzad who was dropped from the team for last month’s one-day series against Bangladesh with an attitude problem.

Pakistan were whitewashed 3-0 in Bangladesh, a result which triggered the experienced Malik’s recall.

However Malik failed in the preceding Twenty20 series, which Pakistan won 2-0 on Sunday, with scores of seven each.

Azhar Ali, who replaced Misbah-ul-Haq as one-day captain after the World Cup in April, was retained despite Pakistan’s loss in Bangladesh.

Ace spinner Saeed Ajmal continued to be sidelined after he struggled with his remodelled action on the Bangladesh tour following his clearance in February this year.

Ajmal’s action was deemed illegal in September last year and he had to remodel that to lift his suspension from international matches.

In Ajmal’s absence leg-spinner Yasir Shah will be the frontline spinner in the squad. Shah missed the Bangladesh one-day series with a finger injury.

Opener Sami Aslam, who played a one-day on the tour of Bangladesh, was replaced by Babar Azam while there was no place for injured pacemen Mohammad Irfan, Rahat Ali and Sohail Khan.

Allrounder Hammad Azam made the grade after three years in wilderness from one-day cricket while left-arm spinner Imad Wasim was also given a chance for the first time.