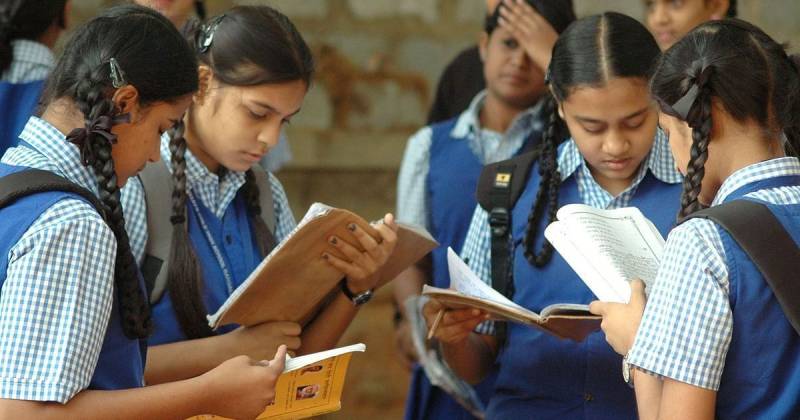 The English teacher who is in her 30s also issued a show-cause notice and asking her to respond within a week, reports Indian Express on Monday.

According to the newspaper, Shadab Khanam was trying to explain nouns to students of Class IV when she posted the alleged “pro-Pak” sentences on a WhatsApp group.

The school authorities sent details of the case and action taken so far to the Uttar Uttar Pradesh's Gorakhpur district administration.

Khanam said she copied those sentences from the Internet and posted them on the group without going through them thoroughly. “It was an error. Immediately after realising her mistake, she immediately posted an apology on the WhatsApp group,” said Shadab Khanam’s husband Mohammad Hasim, who works in a private firm in Gorakhpur. He also claimed that Shadab Khanam was “not well.”

“Friday was the first day of an online class and Shadab is not much familiar with the Internet. To explain better on nouns, she picked some sentences from the Internet as an example. Without reading those sentences carefully, she posted them on WhatsApp group along with the definition of a noun,” claimed Hasim.

Hasim also claimed they have not been informed about the suspension yet. “Shadab has been asked by the school authorities to not work for some days. She is yet to file a reply to the show-cause notice.”

However, the school manager, G P Singh, said, “Shadab has been suspended and a show-cause notice has been issued to her asking to file a reply within seven days.

“An inquiry has also been ordered against her. I have informed about the matter with full details to District Inspector of Schools (DIOS), Basic Shiksha Adhikari, and also Joint Director (Education) in Gorakhpur with the action taken so far,” said Singh.

He added that Shadab, who has been teaching at the school for nearly or a decade, admitted her mistake and she had also apologised.

“In reply to my letter, DIOS has asked me to send an inquiry report with details of action taken so far,” added Singh.

DIOS, Gorakhpur, Gyanendra Singh Bhadoria said “The school authorities have informed about the progress [in the matter]. The teacher has been suspended and show-cause notice has been issued to her. I have informed the District Magistrate.”

He added after receiving an inquiry report from the school authorities, he would put forth the matter before the district magistrate.